Track-By-Track Guide To “Revolver” by The Beatles 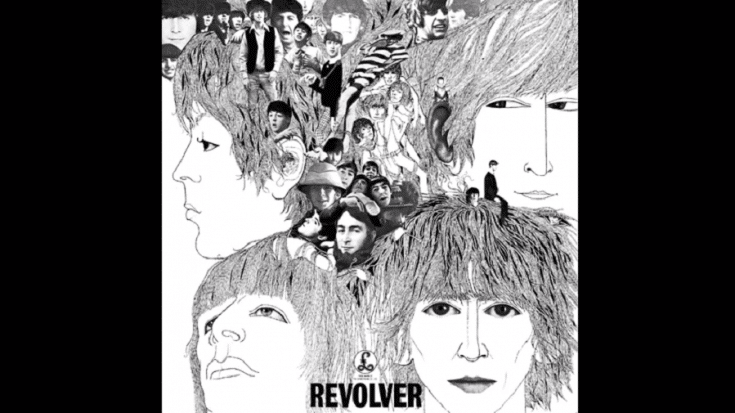 Few musicians deserve to be mentioned in the same breath as The Beatles. If they only released “Revolver” and nothing else, they would still manage to secure their spot in the rock ‘n roll pantheon. They never shied away from musical experimentations and exploring unfamiliar territory. And with “Revolver”, they pulled out all the stops. The LP is bold, daring, and ambitious. But The Fab Four broke new sonic grounds with the record.

It’s captivating from start to end with no filler in between. Even the underrated tracks are still stellar. Every number offers something fresh and exciting. Let’s take a look at the songs one by one.

George Harrison slowly came into his own as a songwriter with this classic. It gives us a glimpse of his genius. Interestingly, it’s a jab at the government. According to Harrison, “‘Taxman’ was when I first realized that even though we had started earning money, we were actually giving most of it away in taxes. It was and still is typical.”

The sheer beauty of this track cannot be stated enough. At this point, McCartney already established himself as a force of nature when it came to penning timeless tunes. But he outdid himself with “Eleanor Rigby.” Whether it was based on an actual person, Macca said: “I just liked the name. I was looking for a name that sounded natural. ‘Eleanor Rigby’ sounded natural.”

Druggy and dreamy, this features a reversed lead guitar part by Harrison – it’s the first time this particular technique was done on a pop record. While there were those who speculated this is about drugs, Lennon revealed that it’s basically just about sleeping.

Harrison began his lengthy love affair with Indian music as evidenced by this piece. It features instruments such as sitar and tabla. It might seem a bit out of place at first but looking at the album as a whole, this one’s truly indispensable. Besides, Harrison was starting to step out of the shadow of the Lennon-McCartney songwriting partnership.

Here, There and Everywhere

Mesmerizing from the get-go, it’s absolutely beautiful and perfect. McCartney even admitted that it’s one of his favorites among the dozens of songs he has written. He drew inspiration from the Beach Boys’ “God Only Knows” after he attended a listening party for their iconic Pet Sounds LP.

Ringo Starr took over lead vocals duties for “Yellow Submarine.” The lyrics don’t make much sense but it’s entertaining and amusing enough. It also became one of the most popular children’s song. McCartney said, “It’s a happy place, that’s all. You know, it was just … We were trying to write a children’s song. That was the basic idea. And there’s nothing more to be read into it than there is in the lyrics of any children’s song.”

She Said She Said

Inspired by actor Peter Fonda’s statements during an LSD trip with The Beatles and The Byrds, it was primarily written by John Lennon but with a little help from Harrison. During the recording, there was tension among the members because of the arrangement. McCartney ended up walking out of the session.

As the title implies, this is an uplifting and cheerful number. It’s also one of the more addicting tracks that deserve a second, third, or fourth listen. It’s oozing with good vibes and for that, it offers a diversity to the whole record.

And Your Bird Can Sing

This one’s rather chaotic but in a good way. It showcases McCartney and Harrison’s dual guitar melody, other rock bands would later pick it up and use it for their songs. That only goes to show just how much The Beatles were ahead of their time.

McCartney showed his growth and maturity as a musician with this number. One of the highlights include a French horn solo and thus, it’s a standout even in an album full of musical gems.

A straightforward rocker that’s basically about a drug dealer. It’s catchy and fun enough which is why several listeners quickly dismissed the drug references.

I Want to Tell You

The fact that a third George Harrison composition made the cut, it showed that this is one of those LPs where the band shared the same vision. Harrison found inspiration from the effects of LSD.

Got to Get You into My Life

One of the Beatles’ most loved tracks, McCartney explained that this is “actually an ode to pot.” The lyrics describe a psychedelic experience and it’s reminiscent of the Motown sound.

Their drug-fueled songwriting sessions reached its peak with the closing track. It’s haunting and eerie but unforgettable all the same.