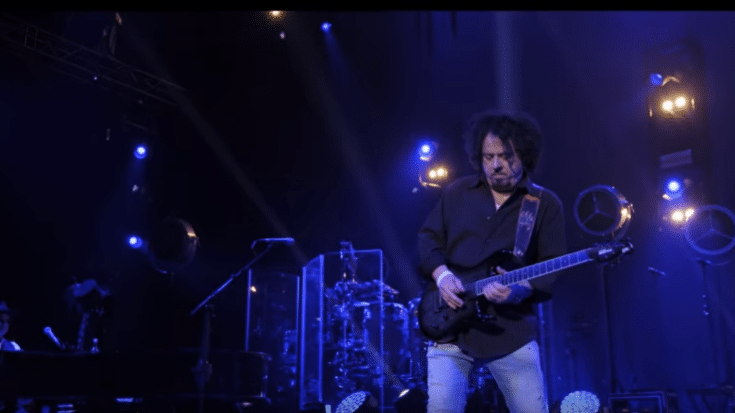 Ahead of The DVD/Blu-Ray Release

Toto premiered “Dune (Desert Theme)” from their concert film 40 Tours Around the Sun. The 2CD/3LP and digital versions were released last September and the DVD/Blu-Ray will be out this November 15. The video below was taken during a performance at the Ziggo Dome in Amsterdam on March 17, 2018. It was a sold-out show with over 18,000 fans in the audience.

Their setlist included their greatest hits, and deep cuts.

Ahead of their final show last October 20 in Philadelphia, Steve Lukather revealed: “I don’t know what the future-future’s gonna be, but I do know that’s gonna be the last show for the foreseeable future. And certainly the end of this configuration of Toto.”

He further added, “I can tell you that this version is dead October 20. We gotta take a break from all this. We were beat up really badly and we gotta heal and figure out what’s going on.”

But that’s not to say he’s going into retirement. On the contrary, he said: “I’m not saying I’m never gonna play this music again – that would be stupid to say; that would be a lie. I can play whatever I want from my entire career with whomever I want to, and so can everybody else. But I don’t know what that is yet.”