Top 10 Frontmen in Rock: Who Do You Think Made It To The Top? 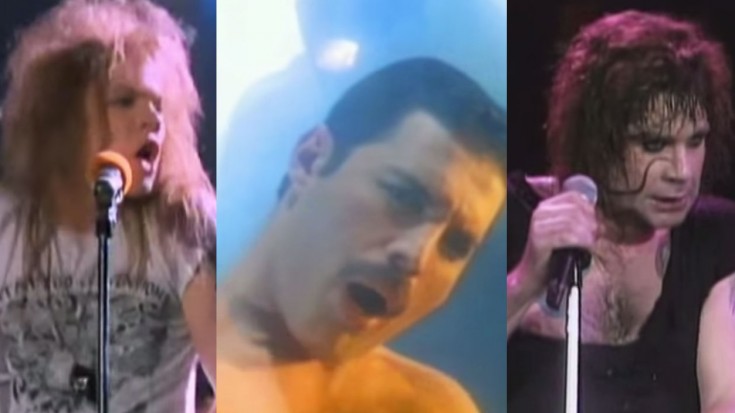 The Faces and Voices Behind The Bands!

What would these rock bands be without their frontmen? They’re not just the face behind the immortal songs but they basically help in propelling the band towards stardom. Just imagine Aerosmith without the energetic Steven Tyler and his electrifying stage presence? Would their concerts be the same? Definitely not because Tyler is the complete package. Along with his legendary vocal chops, he always makes sure the audience enjoys every performance and we all love him for it. When he takes the stage, he dominates it completely!

Another example would be Led Zeppelin’s Robert Plant.

Possessing a powerful and wide vocal range (particularly using his trademark high-pitched vocals), he has also had a successful solo career spanning more than 40 years. Plant is regarded as one of the greatest singers in the history of rock and roll during which time he has influenced musicians such as Freddie Mercury, Axl Rose, and Chris Cornell.

And of course, there’s Mick Jagger. Can you picture out attending a Rolling Stones concert without seeing him dancing and bouncing on stage? I don’t think so. With stunning and flawless vocals, you’d think that would be enough but NO. He has even inspired a song about his crazy and entertaining dance moves. How’s that for showmanship?

Jagger’s career has spanned over 50 years, and he has been described as “one of the most popular and influential frontmen in the history of rock & roll”.[3] His distinctive voice and performance, along with Keith Richards’ guitar style, have been the trademark of the Rolling Stones throughout the career of the band.

And one more thing, Queen without Freddie Mercury? Man, I don’t even wanna think about it!