Top 10 Classic Rock Bands We Love Listening To Over And Over Again! 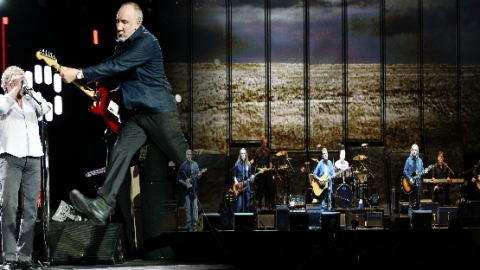 This is a good one. It basically summed up everything we love about classic rock — from the bluesy roots to psychedelia and heavy metal. It’s everything we ever wanted and more. I mean, let’s commend whoever put up this list since with all the incredible bands out there along with unforgettable music, it’s pretty tough to narrow them down to ten. I’m not surprised, however, that Led Zeppelin topped it.

The band’s heavy, guitar-driven sound, rooted in blues and psychedelia on their early albums, has earned them recognition as one of the progenitors of heavy metal, though their unique style drew from a wide variety of influences, including folk music.

From Mick Jagger’s famous dance moves to Pete Townshend’s electrifying stage presence, can anyone take me back to that time? When their music dominated the airwaves, that was total bliss for me. Can you still remember the first classic rock song you’ve ever heard? I can because it was a life-changing moment. It’s amazing how much power music has on us. I mean, can you listen to one track from Freddie Mercury without reminiscing good memories?

Queen’s earliest works were influenced by progressive rock, hard rock and heavy metal, but the band gradually ventured into more conventional and radio-friendly works by incorporating further styles, such as arena rock and pop rock, into their music.

If anything, these bands have made a huge impact on our lives. This is the ultimate throwback! 🙂