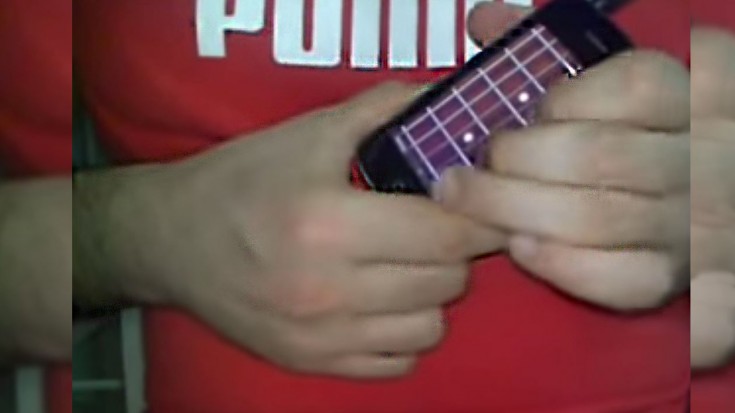 Who Would’ve Thought An iPhone Can Do This?

“Comfortably Numb” was written by David Gilmour and Roger Waters. Its working title was “The Doctor” and was released on June 23, 1980 for Pink Floyd’s eleventh studio album “The Wall.” Gilmour worked on the chorus melody while Waters wrote lyrics and also the verse music. This is undoubtedly one of the band’s most popular and well-loved tracks. It’s mostly famous for the guitar solos.

The Wall is a concept album about Pink, an embittered and alienated rock star. This song contrasts Pink’s memories of being feverishly ill as a child, and feeling nothing at all in adulthood. The lyrics feature interplay between a doctor treating the adult Pink (verses, sung by Waters) and Pink’s inner monologue (chorus, sung by Gilmour).

Being a fan favorite, this song has become a staple in Pink Floyd’s concert repertoire. Even as Waters and Gilmour ventured into their respective solo careers, it still became a part of their live performances. In addition, because of its popularity, this track has been covered by other musicians. In this particular video, Leonardo Muccari plays the famous solo using a guitar app on his iPhone. I gotta say, that is hands down impressive!

Come on now
I hear you’re feeling down
Well, I can ease your pain
And get you on your feet again

Relax
I’ll need some information first
Just the basic facts
Can you show me where it hurts?