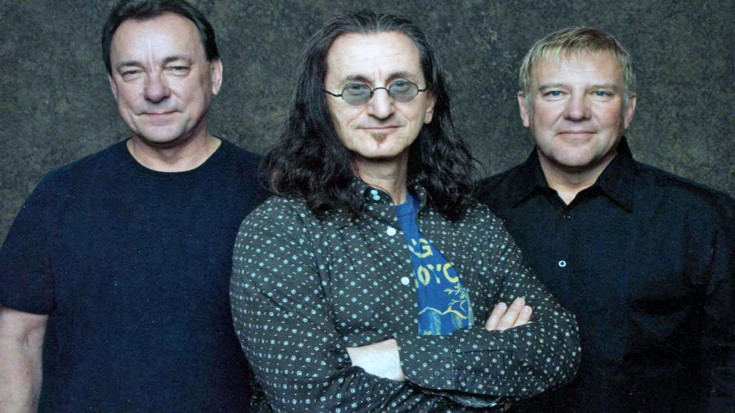 Bon Jovi has created some of classic rock’s greatest song to sing along anthems of all time. They have a catchy sound that resonated quickly with critics and audiences alike. It’s no surprise that Bon Jovi could make any Top 10 list in almost any category.

As good as Bon Jovi is, do you think that maybe over the years, their stamina would eventually begin to die out? WELL IT SURE HASN’T YET!

Bon Jovi has proven in recent years that not only are they able to keep up with their own written material live, but their sound has developed even more making them better than they already were, which is hard to imagine. In the year of 2000, Bon Jovi released their new hit single ‘It’s My Life’. The song was Grammy nominated and just went to show that even in their late 40s/early 50s, the boys from Bon Jovi can still hang!

A True Rock Of Ages!

This one of those bands that no matter what you throw at them, they will always come out swinging! Def Leppard are no stranger to tragic misfortune. With the deaths and parting ways of past members and drummer Rick Allen even losing an arm, this band has had everything thrown at them.

Def Leppard clearly held their own back in the 80s. They were pioneers of popular hard rock, but now they are even better than they were in their prime!

Each member is in the best musical shape of their life and clearly show every night they perform, nowadays. Even with one arm, Rick Allen is still an innovator behind his kit. Not to mention lead guitarist Phil Collen is now even more confident in his playing, and it shows when he shreds each and every performance. The boys from Def Leppard are SO inspiring every time they take to the stage. Their perseverance and courage have set the standard for all rock bands to come, but they’re not done yet. Def Leppard have many more years to come, and I’m excited to see what they in store for us next!

In Their 60s And Still Hellbent For Leather!

Judas Priest have been revered as the “Metal Gods” for quite some time, and for good reason! They have arguably the most influential sound in all of hard rock and heavy metal. This is one of those bands that knows how take take the impressive knob and turn it up to 11!

Judas Priest have always had a razor sharp consistent sound no matter what time era they were in. And even in their mid 60s, these guys aren’t about to hang up the leather boots just yet!

Judas Priest have made it their mission to constantly refine their sound and make it better. It also helps that each member can still play their instrument with ease, ESPECIALLY Rob Halford who can those high notes, effortlessly. Not to mention it seems that each other member have refined their instrumentation to the point where it sounds truly modern. This band makes fans like us amazingly excited for what they have next in store for us. These fine gentlemen will continue to get better! Better than they already are. Boy that’s hard to imagine!

Progressive rock wouldn’t be what it is today without its founding fathers Rush. Their technical innovative sounds created a whole genre of hard rock. In their prime, Rush managed to become the fathers of progressive that has influenced much of the metal scene you hear today.

With all that being said, that was over 30 years ago! When Rush was in their prime they were great, but does that necessarily mean that they’re as good today? No… they’re even better!

Rush had only three members, but has a sound that sounds like their’s 10 members. With frontman/bassist/keyboardist Geddy Lee doing triple duty, Neil Peart constantly changing the drum game, and Alex Lifeson being the most solid guitarist of our time, this Canadian trio will NEVER disappoint! Rush will always be a dependable commodity no matter how they are. Personally I just want these guys to hurry up and put out a new album already!

Twisted Sister have dawned a legendary status by creating rebellious anthems that are recited like poetry today even today. These guys are currently on their retirement tour, but play with a sound that screams “We’re just getting started!”

Not only do these guys look good for their age, their sound is as young and beautifully vibrant as it was 30 years ago!

Twisted Sister frequently raise the bar when it comes to recording and playing live. They continue to envelop their craft to remain the hard rocking rebellious ensemble we know and love today. Frontman Dee Snider and the rest of the gang have devoted their lives to staying healthy and fit. Normally I would say I’m excited to hear what’s next in store for these guys, but due to the tragic passing of their long time drummer, the band have announced that they will be embarking on a retirement tour. It’s a shame that we may never hear another release from this great band, especially since we know how great they were even 30 years out of their prime!

They Can Still Run To The Hills And Back!

One would think that puling off Iron Maiden’s unique sound is clearly a young man’s game… Well you’d be wrong. These guys are still all that and a bag of chips!

To this day, Iron Maiden pack out entire arenas where ever they go, and they don’t have write “Free Food” on the flyer to do this! The boys in Iron Maiden are just as fast and operatic as they were 30 years ago. They’re even better than when they started, which is hard to picture, but they do it!. Frontman Bruce Dickinson even pilots his own air-plane that commutes the band from concert to concert each night. All this clearly requires a lot of youthful stamina which these guys obviously have!

What more is there to say about The Scorpions? They’re arguably the most solid power rock band ever. Fluent in multiple languages, these fine German gentlemen have changed the game. They are the true soul pioneers of power metal.

This band is proof that even in old age, you can still rock like a hurricane! This awesome band doesn’t let old age become an excuse to not be as good on stage. At one point this band even announced their retirement tour, and that was 10 years ago! They’ve put out two full length albums since then! I hope they never retire! the Scorpions, to me seem like the kind of band that’ll live forever, and boy I sure hope they do! because they are awesome and always will be!

The World Is Full Of Kings And Queens!

It’s a true tragedy that we will never hear Ronnie James Dio perform again. This band truly shocked the world with just how good they still were after 40 years of experience. (Case in point – Heaven And Hell, Radio City Music Hall. GO WATCH IT)

Even in the wake of stomach cancer, Ronnie James Dio managed to still be one of the greatest heavy metal singers there ever was.

These incredible musicians were great in their early days, but when they aged is when they really sounded amazing. Heaven & Hell’s already rich sound refined as their minds and bodies aged, ESPECIALLY Ronnie! Again, case in point, his performance Radio City Music Hall. His voice sounds as if it’s five singers singing at once. Old age does not hinder this legendary ensemble. It makes them INFINITELY better!

All that being said, it’s still heart-braking to this very day that we will never hear more from Ronnie James Dio, but his legacy is one that got better with age, not to mention the entire band!

Queen Is Their Name And Their Kings Of Rock!

Now deciding between #2 and #1 was really tough, mainly because in my personal opinion, both are equally as good today. What it all came down to what which band has more original members. So without further ado… Queen! Queen have built a reputation on being notoriously phenomenal song writers, especially with Freddie Mercury. This band has what I like to call “Ben Affleck Syndrome”.

“Ben Affleck Syndrome” is when you look visibly more attractive as you get older. Queen has this syndrome, but not just with their looks, but also with their sound.

Though only two original members remain, Roger Taylor and Brian May, Queen sounds noticeably more powerful than ever live. Roger and Brian have essentially become the foundation of the band (if they weren’t already). Their musicianship has stayed fresh throughout the years, and the other extra members aren’t no slouches. They’ve truly adapted to survive, but not only survive… but thrive!

Now, I’m guessing there’s not a whole lot that I would need to say to convince you that this band today, sounds better than they ever have, which is astounding considering that back in their hay day, they were already one of the greatest southern rock bands of all time!

Lynyrd Skynyrd have touched the hearts of the baby boomer generation and launched an era of fellowship in music that is still youthful and vibrant today. Plus it also helps that these musicians are still kicking ass on stage to this day!

In October of 1977, the band was involved in a tragic plane crash that shook the southern rock community to its very core. As a result of this lethal crash, three of its members including lead singer Ronnie Van Zant were tragically killed. This left the future of the band unsure. By all accounts, Lynyrd Skynyrd should’ve never returned to the stage, but fate wouldn’t hold these persistent Alabama boys down!

The band soon after recruited Ronnie Van Zant’s brother Johnny Van Zant to assume vocal duties. As to no ones surprise, the band now sounds better than ever! These fine southerners won’t be packing it up anytime soon, and thank god for that, because they are s amazing as ever!