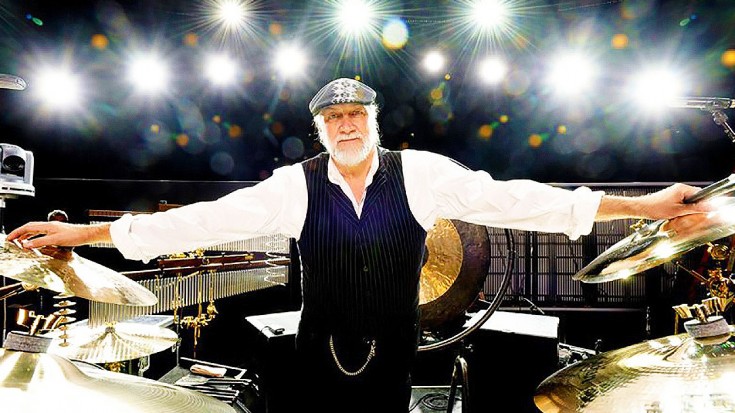 Mick Fleetwood’s got the blues

Fleetwood Mac co-founder and drummer Mick Fleetwood is taking his solo act out on tour this fall. Mick will hit the road with his Mick Fleetwood Blues Band for a 13-show tour starting in September. The tour will only hit 3 states, and will stay west of the Mississippi. Mick and the boys will hit Colorado, California, and Washington, and round out the tour with two shows in Vancouver, B.C.  Mick’s band consists of keyboardist Mark Johnstone, bassist Lenny Castellanos and guitar/vocalist Rick Vito who is also in Fleetwood Mac. Mick discussed how he hopes to revisit his blues roots during this tour, and will play original songs, covers and songs from the early days of Fleetwood Mac.

“Over my career I’ve been called a pop star and a rock star, yet in my inner heart, I will always be part bluesman. On my journey from blues to a life of rock ‘n’ roll, I’ve always remembered where I started.”-Mick Fleetwood

The tour is the first Mick’s solo project will embark on since 2008, and will start up almost two months after Fleetwood Mac play their lone show of 2016. Remaining mostly dormant this year, the band’s will only play July 28th at Dodger Stadium. They will serve as the headliner of the Los Angeles Dodger’s second annual Blue Diamond Gala. Back in 2008, the Mick Fleetwood Blues Band released the live album Blue Again!

Below is the complete schedule for Mick’s fall tour, and a clip of the Mick Fleetwood Blues Band.