Richie Sambora Jammed “Livin’ On A Prayer” At A Wedding This Weekend, And It Was AWESOME 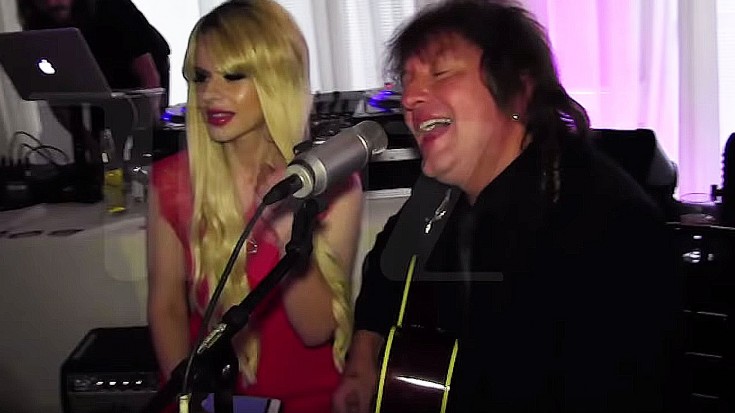 Last week we learned the hard way that asking Jon Bon Jovi to sing “Livin’ On A Prayer” at a wedding will result in one of the most painfully awkward moments you’ve ever seen. Not that we blame him in the slightest – ambushed by wedding singer Lourdes Valentin while at a family wedding with his wife Dorothea, it’s pretty clear that Jon was caught between a rock and a hard place when he made the difficult decision to perform despite clearly not wanting to. However, this weekend saw another Bon Jovi alumni take up the role of wedding singer at a family wedding, and it was awesome!

Attending the wedding of his nephew, former Bon Jovi guitarist Richie Sambora was more than delighted to jam “Livin’ On A Prayer” with the help of girlfriend and bandmate Orianthi in front of family and friends, even rocking a 12-string acoustic guitar generously provided by the wedding DJ. We don’t know what it is – maybe it’s just not feeling as pressured by demanding schedules anymore or genuinely loving being able to share his music with his family, but Richie seems infinitely more into his Bon Jovi sing-a-long than Jon was – and it shows!