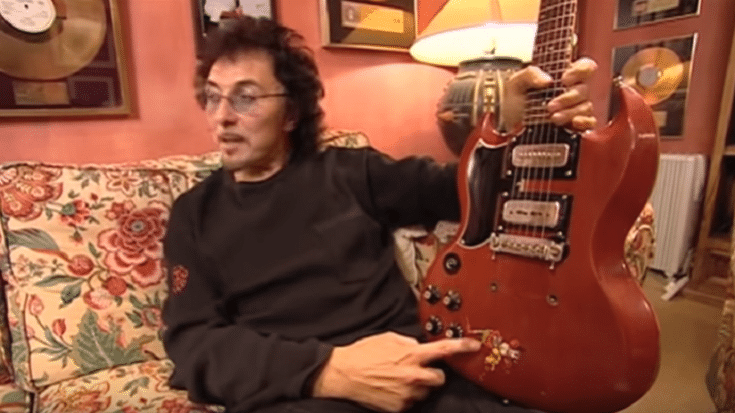 Gibson just launched the Tony Iommi “Monkey” 1964 SG Special Replica, due for release later this year. An exact copy of the iconic guitar that helped define Black Sabbath’s heavy and haunting sound and which could be heard on every ’70s Black Sabbath album, Gibson meticulously reverse-engineered it and studied its construction and even went so far as analyzing the tiniest details like the zero fret and of course, the cartoon monkey decal.

Even the pickups were handmade in the UK by an apprentice of someone whom Iommi collaborated with in the past – the late pickup guru John Birch.

Iommi told Guitar World, “I was amazed when I saw it. I went, ‘My god!’ It just shocked me. … This new model is exactly, exactly the same as the original, right down to every little mark and dent. It’s just incredible.”

Gibson will only make a total of 50 replicas – 25 left-handed and 25 right-handed models. Each of this are signed and numbered by the legendary axeslinger himself. More than that, it will come with a replica of Iommi’s silver cross necklace, leather touring strap, and a remake of a ’60s coffin case.

Although there’s no price yet, it’s expected to be expensive.