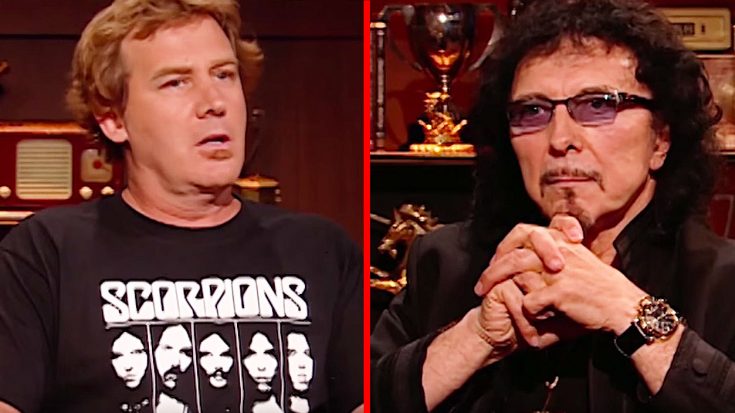 Tony Iommi Is At A Loss For Words… Kinda

If you ask any metal band in the world who “created” heavy metal music, you get a lot of different answers, but one you’ll get the most is Black Sabbath. In my opinion, Black Sabbath is responsible for what can be considered the world’s most cherished yet polarizing form of music ever. Many people often claim that Ozzy Osbourne is the Godfather of heavy metal, but it was really Black Sabbath’s guitarist Tony Iommi who created the heavy sound on a guitar. The high distortion is key and Tony Iommi is the perfecter of it.

So with all of this being said, it’s still always gonna be a bold statement to say that Black Sabbath is the best band ever, but what if you were to say that Van Halen is… better? Well, Tony Iommi heard this in this here interview and he was BAFFLED! See for yourself!