Eddie Van Halen Leaves Crowd With Their Jaws On The Floor After Ripping Impossible Guitar Solo! 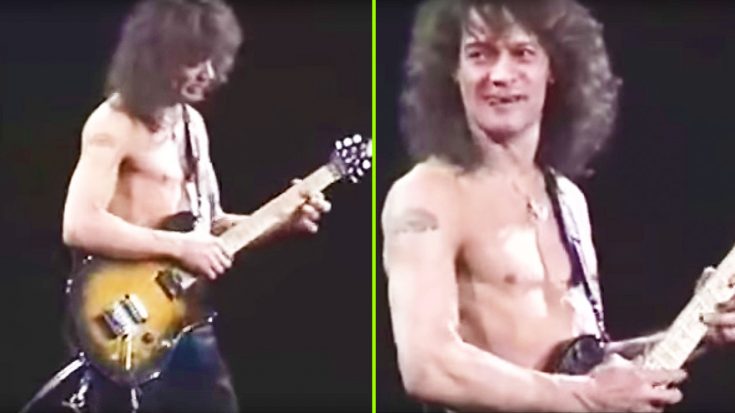 Eddie Van Halen has been known for pulling off some of the most incredible, and unimaginable guitar solos in the history of music! He pretty much singlehandedly invented the method of tapping, and this video is basically him putting on a masterclass of the method!

The video shows Van Halen playing his famous tune “Eruption” back in Toronto, Canada in 1998! Eddie seems to switch up the solo every time he plays it! This version of the solo is probably our favorite, because it’s seemingly near impossible that anyone else could pull this off!

Fun fact: Rolling Stone magazine Issue 1054 asked Eddie how this song came about: “We recorded our first record on Sunset Sound in Hollywood, and we were warming up for a weekend gig at the Whisky. And I was just rehearsing, and [engineer] Donn Landee happened to record it. It was never planned to be on the record. So the take on the record was a total freak thing. It was just an accident. He happened to be rolling tape.”

Another crazy fact about this song, is that Eddie claims there is a mistake near the beginning! I wonder if we’ll ever find out what it is. Check out the epic solo down below and prepare to be amazed!