Motörhead Belong In The Rock And Roll Hall Of Fame – Or Do They? See Why This Rock Legend Thinks So 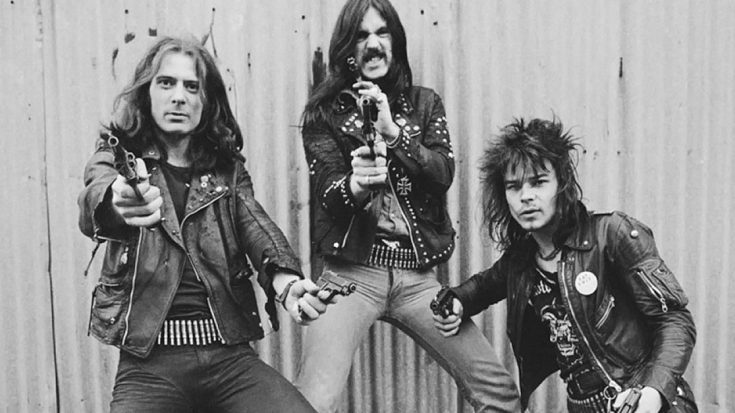 “It’s Really, Really Important For Me To See Motörhead Acknowledged.”

It’s been a long year for rock and roll fans, one ushered in by the astonishing death of Motörhead frontman and all around badass Lemmy Kilmister, who died December 28th, 2015 – just four days after his 70th birthday. Nearly a year later, we’re carrying on just fine and doing our best to preserve his legacy and the legacies of the rock legends that followed in the weeks and months after his death and next month brings the official announcement as to the Rock and Roll Hall of Fame’s Class of 2017 and with it, sweet vindication for bands like Journey and Yes who have been eligible for the Hall for years.

With the news of our new inductees just on the horizon, Metallica’s James Hetfield firmly believes that the Rock and Roll Hall of Fame is missing one – err, two – crucial inductees: Motörhead and by proxy, Lemmy.

“With the passing of Lemmy, it’s really, really important for me to see Motörhead acknowledged in that,” he said during a recent interview with Gary Moore at 95.5 KLOS, via Teamrock.com.

Calling Lemmy his ‘idol’ and lamenting his ‘immortal one’ actually being mortal, Hetfield is lobbying to see Lemmy inducted into the Rock and Roll Hall of Fame and laid out his reasoning in the simplest terms – terms that no one can disagree with: “There’s no more rock and roll person on this planet than Lemmy and Motörhead.”

While we’re inclined to believe that Lemmy would brush off a Rock Hall induction as industry nonsense that he wanted nothing to do with, there’s something sweet about imagining his legacy being properly celebrated, his hat, bass, boots and a bottle of Jack Daniels adorning the Rock Hall alongside Elvis Presley’s jumpsuits and handwritten Beatles lyrics.