Tony Iommi And Brian May Are Working On Something, And It May Be Coming Sooner Rather Than Later… 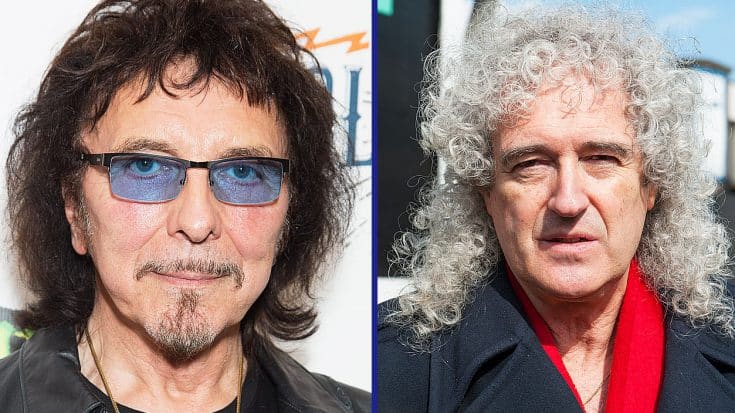 Legends May Be Banding Together To Create Music!

As of right now, Black Sabbath has officially retired as a band leaving guitarist Tony Iommi without a band, technically. That being said, Tony Iommi has made it clear that he still has intentions to make music.

Being Tony Iommi, it’s not like he would have a hard time finding musicians to aid him in creating metal magic. One such guitarist that might be aiding him in the venture to once again make music is Queen guitarist Brian May.

When asked by EON Music about the two collaborating, Tony Iommi said this. “Brian came up to my house a couple of weeks ago, and we started talking about it again, but it’s quite possible. We’d like to do it, but now he’s going on tour. But yeah, I’d like to do something with him.”

Now here’s my question, if this album or EP happens, how will it be done? Are they going to bring in a singer(s)? How will this work? Anyway, regardless of how they create this music, I’m excited! Are you? Let us know in the comments!