Queen And Adam Lambert’s Electric ‘Don’t Stop Me Now’ Performance on Kimmel Will Give You Chills! 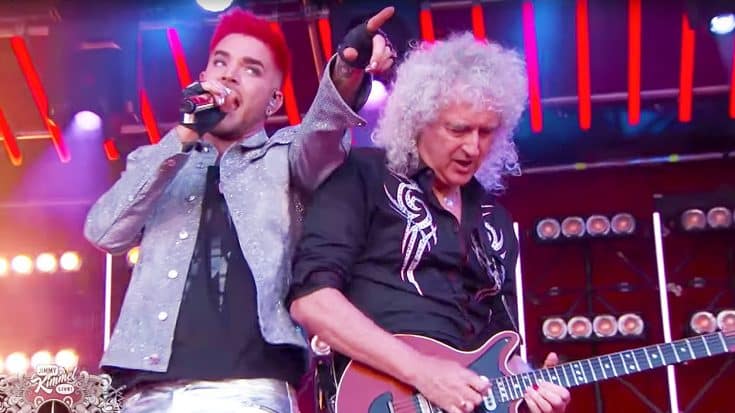 There’s no one stopping these guys!

Even though there’s no one that can truly replace Freddie Mercury, Adam Lamert has done an incredible job of capturing even a small bit of what Freddie was. Ever since he officially joined Queen in 2014, Adam has done an exceptional job in keeping Freddie’s legacy alive, and fans have been treated to even more Queen!

Recently, Queen was invited to perform on Jimmy Kimmel Live! and crushed an amazing performance of their classic hit “Don’t Stop Me Now.” They sound amazing as ever, and Adam Lambert crushes the vocals. Sure, it’s not Freddie, but you can’t deny that his voice is the closest thing to Freddie we will ever get! Brian May sounds absolutley fantastic, as always, and shreds a beautiful guitar solo!

Fun Facts: After Mercury died of AIDS-related causes in 1991, it became clear that his hedonism during this period caught up with him. Brian May told Mojo that he struggled with the lyrics because it was about a detrimental time in Mercury’s life, when he was “taking lots of drugs and having sex with lots of men.“

Check out the amazing performance down below and let us know what you think!