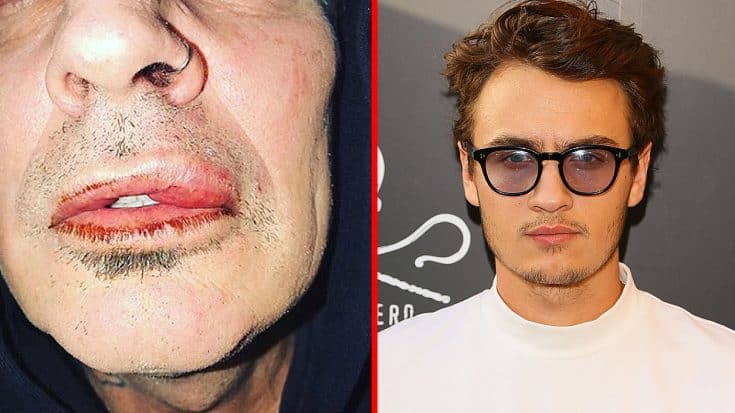 Just hours ago, former Mötley Crüe drummer Tommy Lee posted a photo of his swollen lip on Instagram claiming that his son had assaulted him. He has since taken down the Instagram post, but TMZ saved a screenshot…

Tommy Lee’s most recent version of the story is this. “My fiance and I were in bed when my son busted into the room and assaulted me. I asked him to leave the house and he knocked me unconscious. He ran away from the police. THAT’S the truth.”

However, TMZ reports that Brandon claims that his dad was intoxicated and had lunged at him forcing him to act in self-defense during a heated argument that they had Monday night. The argument was a result of Tommy Lee’s comments about Brandon’s mom Pamela Anderson in a tweet.

@piersmorgan ur interviews w/ Donald Trump & my ex-wife are pathetic! Think she’d find something new to discuss instead of rehashing old shit but I guess she has nothing else going on & needs attention ??‍♂️

Signed,
“The abuser” (who she texts everyday & asks for me back)

Tommy has filed a police report against his son, however the police report does not mention alcohol. Time will tell how this all plays out, but it may take years for the family to recover from this. This is just all getting really ugly…