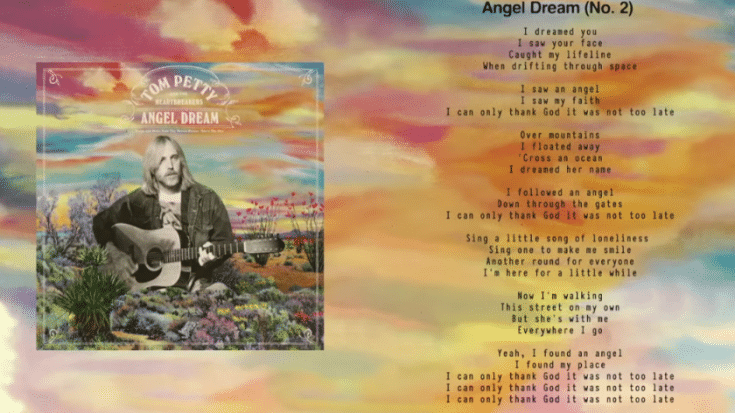 To celebrate the 25th anniversary of Tom Petty and the Heartbreakers’ 1996 album Songs and Music From She’s the One, Petty’s estate is releasing a remixed, remastered and reimagined version of the LP titled Angel Dream (Songs and Music from the Motion Picture She’s the One). Ahead of its official release on July 2, it will first come out on limited-edition cobalt blue vinyl on June 12 for Record Store Day. It will be available in a variety of formats for its July 2 release – digitally, on CD, and on black vinyl.

Check out the visualizer video for its opening track “Angel Dream (No. 2)” below.

‘These songs are extremely special. I am grateful this record is getting the recognition it deserves,” Dana Petty said in a statement. “The remix Ryan Ulyate did sounds amazing, and the unreleased gems are a lovely bonus. Annakim, Adria, and I took a lot of time finding artwork that reflects the mood of the album.”

“I think we finally achieved that with Alia Penner’s work,” she continued. “It is surreal and beautiful, just like life during that time.”