5 Underrated Love Songs From The Eagles 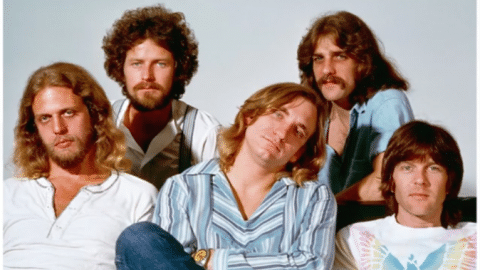 With so many classic hits in their catalogue, The Eagles became one of the biggest rock acts of the ’70s. For this list, we’re going over some of their underrated love songs. Let’s check them out.

I Can’t Tell You Why

The Eagles never confined themselves musically. They weren’t afraid to explore new and unfamiliar territories. One fine example is the R&B feel of “I Can’t Tell You Why”. It’s about a couple on the verge of breaking up even though the narrator admits he still loves her.

Most of Us Are Sad

As the title suggests, it’s a sad song but the narrator is hopeful and he encourages the listener that while there’s sadness, they still need to push on and smile.

An often overlooked track, it’s not a straightforward love song but still good.

Pretty Maids All in a Row

It’s a standout in their catalogue since it’s not your typical Eagles sound. “‘Pretty Maids’ is kind of a melancholy reflection on my life so far,” Joe Walsh explained, “and I think we tried to represent it as a statement that would be valid for people from our generation on life so far.”

The Girl From Yesterday

Another song about a couple who ended their relationship as the girl continued to wait by the phone. But for the guy, she’s just the “girl from yesterday”.