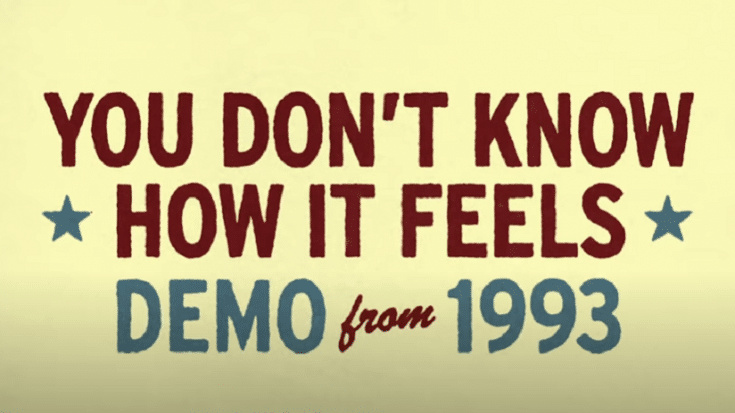 Tom Petty’s family has unearthed a homemade demo version of “You Don’t Know How It Feels” from the 1994 album Wildflowers. The previously unheard recording has a few differences to the one that made it to his LP. Petty recorded it in his home studio just before they Wildflowers sessions and he played all the instruments.

This also serves as a sneak peek into his upcoming project – an extended version of Wildflowers.

Adria Petty told Rolling Stone, “I thought, ‘What a weird song to pick as the single, of all those songs.’ They had an album of amazing songs. But there’s something about it that makes you feel at ease — like you belong. The idea of ‘you don’t know how it feels to be me’ — people can identify with that feeling. And ‘roll another joint’ is saying, ‘Tune out the noise for a second because there’s so much of it.’ And that felt appropriate now.”

She added, “My dad’s demos were always really awesome. They were a good guiding light in the Wildflowers sessions. And this one has a right-out-of-the-box feeling to it.”

It’s no secret that Tom Petty already planned to revisit the album and issue it as Wildflowers: All the Rest. But after his death, there were tensions and legal issues among his family members which further derailed the said project.

It’s slated for release this year.