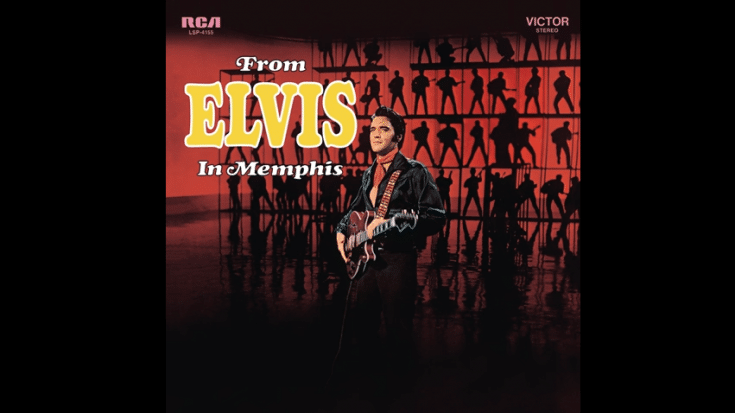 Elvis Presley might be the “King of Rock and Roll” but country music played a huge part in his career. He grew up listening to music from titans of the genre and so it came as no surprise that he brought such influences and incorporated them into his catalog. In 1998, he was even inducted into the Country Music Hall of Fame.

He had strong ties to country music and was admired & respected by several country acts. Here are five of his most unforgettable country songs:

5. I’m So Lonesome I Could Cry

Originally by Hank Williams, Presley once introduced it at his 1973 Aloha From Hawaii TV special saying: “I’d like to sing a song that’s… probably the saddest song I’ve ever heard.” However, he never released a studio version of it.

One of his early hits in the ’70s, it’s co-written by country musicians Eddie Rabbitt and Dick Heard. Presley knew how he wanted it to sound and while it only peaked at #16 on the US Billboard Hot 100, it became a well-loved classic.

3. Help Me Make It Through the Night

Written and first recorded by Kris Kristofferson, Presley included his cover in his 16th studio album Elvis Now. It took on a different meaning when Presley and wife Priscilla divorced a few days after the LP’s release.

2. Make the World Go Away

It’s the closing track to Elvis Country (I’m 10,000 Years Old). Originally recorded by Ray Price, Presley did justice to the song and more.

This has been covered numerous times by other country artists. It’s also one of Presley’s favorite tunes.