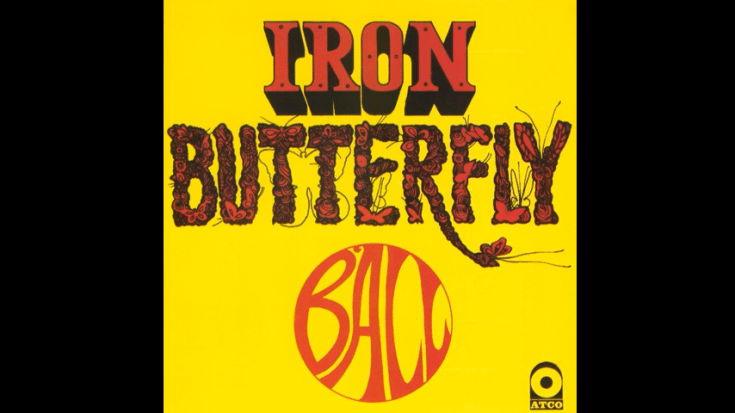 Riding high from the massive success of “In-A-Gadda-Da-Vida”, Iron Butterfly dropped their third studio album “Ball” on January 17, 1969. Instead of an acid rock sonic assault, the band went for more melodic numbers. Not surprisingly, “Ball” is tighter and more polished than their two previous records. The production is also much better. It’s ambitious but a worthy follow-up to “In-A-Gadda-Da-Vida”.

“Ball” mainly featured their typical loud music, although there are surprising gems too. There were those who felt it was a let-down and didn’t have the same oomph as their sophomore effort but we beg to disagree. On its own, “Ball” is just as stellar and unfairly overlooked too. It’s an important LP in Iron Butterfly’s catalog and it truly deserves more credit and appreciation.

Their trademark sound is still there and while it’s not in the same caliber as its predecessor, it’s an impressive and solid record overall. There are some forgettable songs though, most of which shouldn’t have made the cut. Nevertheless, it probably would’ve been a different result if they appeared at Woodstock Festival later that year and performed tracks from this LP.

Highlights: In the Time of Our Lives, Filled with Fear, and Belda-Beast.

In the Time of Our Lives

One of the reasons why this album shouldn’t be ignored.

It’s not their usual fare. This is groovy and slow but still exceptional.