Album Review: “Sweetheart Of The Rodeo” By The Byrds 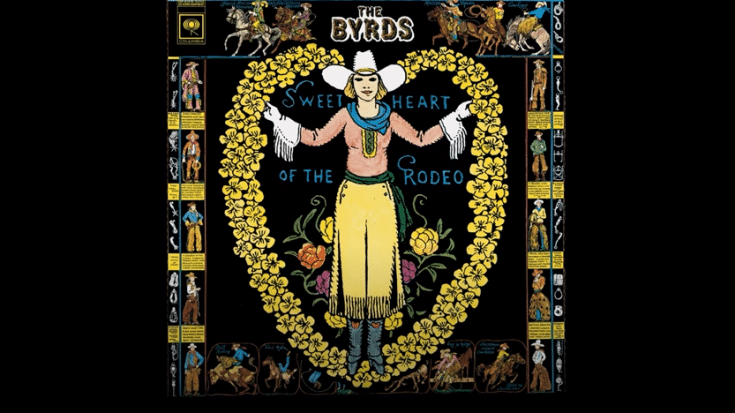 The Byrds’ sixth studio album “Sweetheart of the Rodeo” was released on August 30, 1968 and became a landmark record in country rock. With their previous records, they already dabbled with country music but it wasn’t until the addition of Gram Parsons when they fully embraced the genre. They steered away from psychedelic rock and it became a pivotal moment not just for the band but also for Parsons who made it his mission to make country music more appealing to the youth.

“Sweetheart of the Rodeo” offers the best of country and rock ‘n roll. On paper, it may not seem like the best idea at first but the results tell a different story. The 1960s had no shortage of innovative and revolutionary music but “Sweetheart of the Rodeo” still stood out. It’s consistent and solid. The energy and musicianship are both impressive. There’s no filler and no weak track.

Exciting from start to end, there’s a singularity to the songs that made each transition seamless. Not all of their fans were crazy about The Byrds going the country route and they felt alienated which is why it ended up becoming their lowest selling album at that point. Indeed, it was a pretty bold move even if they weren’t strangers to country music. In the end, however, “Sweetheart of the Rodeo” became one of the most influential country rock LPs of all time.

Highlights: You Don’t Miss Your Water, Hickory Wind, and One Hundred Years from Now.

You Don’t Miss Your Water

An R&B original by William Bell, The Byrds took the song, reworked it, and made it their own.

It’s Parsons’ signature song and his bittersweet tribute to where he lived as a teen – Greenville, South Carolina.

One Hundred Years from Now

The vocal performance is just outstanding.