Tobias Forge Has A Complaint For Being A Vocalist 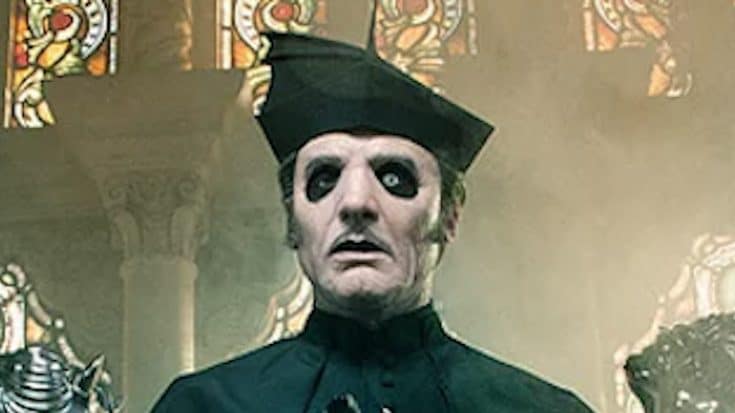 Ghost singer Tobias Forge, who goes under the name Papa Emeritus and Cardinal Copia, revealed that he preferred being the band’s guitarist instead.

In a recent interview with Louder, the rocker explained why he thinks it’s better for him to play the guitar than sing and go in different characters during their highly theatrical shows. He said:

“I mourn the fact I get to play the guitar so little over the course of my life, because I love playing. I think I am a better musician than I am a singer. I just happen to be a good singer in Ghost.

“But that’s like complaining about not being the general because you got to be the king instead. I would have felt more fluid being the guitar player, but the difference would have been that, mask or no mask, my onstage persona would have been closer to my real one – my actual one, my private one – than it is nowadays.”

Although, he felt that way, Forge also shared what it’s like for him to be the vocalist, admitting:

“It’s one of the few moments where I don’t think about much else. Most of the time I am thinking of something else. I’m worrying about all kinds of stuff at the same time. The best nights are when you flow through them, and the worst nights are when you think: ‘Oh shit, I forgot the last step, I need to go back,’ and you start thinking about it.”

As the leader of the band, he also gets to be responsible in mainly being the spokesperson during most interviews. He shared what he thought about speaking with journalists, saying:

“I guess from a therapeutic point of view.

“Speaking so much about yourself, your background and your motivation of why you’re doing this, it does have a cathartic function. But I definitely reach a point each day where I don’t want to talk any more.”

The singer also said that he’d like to pursue more acting roles and not just with his onstage characters, adding:

“As an actor you are working with your physical attributes as your currency; so I know, being five foot nine, white, with a certain body shape, I couldn’t do everything on the menu.”