Musicians Who Went Head To Head With Cancel Culture 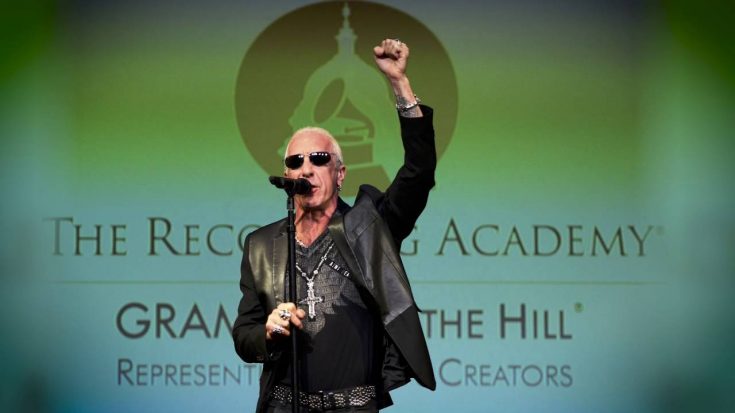 While social media continues to grow, it gives people more power to communicate and express their minds through different platforms. On the other hand, it also empowers those people who would like to “cancel” those who expresses their opinions about controversial topics. Even the public figures with growing numbers of followers, like musicians, cannot escape this culture.

Cancel culture is the act of withdrawing one’s support for (someone, such as a celebrity, or something, such as a company) publicly and especially on social media. Let’s see what some well-known rockers have to say about the topic.

As per Ronnie Radke, “I feel like everybody feels that way now… Most people that are in any sort of public eye or doing anything that works for a big company, they have to constantly worry if they’re saying the right thing, or if something they said f–king literally 10 years ago — when it was okay to say it — is gonna be not okay to say it now and your whole life is over. You’re fired, your career is over, you said something 20 years ago that was okay, but now it’s not and you’re done. You’re a piece of shit.” That is why whenever Radke is doing an interview, he always worry if he said something wrong which is actually an insane thing for him.

Sharon Osbourne mentioned in one of her interviews that she doesn’t like cancel culture and would rather go home than to be judged in literally everything she does. “Everybody’s scared of saying something wrong that somebody would take and sell. It’s no way to live. I don’t want it. I don’t need it.” Osbourne later called out the hypocrisy behind the idea of “canceling” someone.

For Dee Snider, “cancel culture” is what they call as “censorship” before. “Now, censorship still exists, but it’s gone from the right more to the left. We’re in this PC world where we have to be careful about what we say and who we offend, and it’s a very odd thing,” the rockstar said.

When Paul Mazurkiewicz was asked about his view regarding “cancel culture, the rockstar said that it is ridiculous because “Everybody seems to be offended by everything. If it’s not 100 percent PC these days then people have a problem with stuff. It’s getting out of hand I think.”

Kelly Osbourne suggested that it should be counsel culture not cancel culture. Educate people towards the right direction instead of public execution. Osbourne said: “I’ve made mistakes. My mom’s made mistakes. Everybody’s made mistakes,” she added. “But also, there’s two sides to every story and the media will only ever let you see the one. The one that gets the most clicks. The one that gets the most people fear mongered and outraged.”

“Who the fuck are these people canceling people, anyway? It’s like, fuck off. Unless they’re coming at your house and go, ‘You’re canceled…’ you’re still going to do your fucking thing. They don’t speak for everyone, do they?” Gallagher said during an episode of The 2 Johnnies Podcast. He suggested that one should just ignore being canceled and just continue doing their thing. “There’s people out there who are going to like what you’ve got to say,” he added.

KISS band members, Gene Simons and Paul Stanley, said that “This whole cancel culture is so dangerous, the idea that people can’t speak their mind. That’s what freedom is all about. And to lose your job because you’ve got something to say, even if I find it offensive — I’ve gotta live with that.” They also said that a person should be judged based on how well they do their craft, not with the conviction that they have.

Ted Nugent said that for as long as there are people who believes in him regardless of his political stand, he doesn’t mind being canceled at all. “How could I not be confident when just nice people — every color, every ethnicity, every walk of life, every stratum — thank me for expressing what they believe?… And they thank me because they saw me or heard me somewhere promoting the things that they believe in,” he added.

According to Kid Rock, “I am uncancellable …becauseI don’t give a fuck,” “There’s nobody I’m beholden to – no record companies, no corporate interests, no nothing. You can’t cancel me,” Rock added. He said he loves seeing people when they try to do that though.

Disturbed front man, David Draiman, says that he believes in freedom of speech and expression even from those they disagree with. He even posted a photo of his bandmate’s new guitar which was painted red with “Fuck cancel culture” written in white script (resembling the Coca-cola label). Upon sharing the photo of the guitar, Draiman wrote, “I couldn’t be more proud.”

As per Zach Myers, it is wild to see and live through an era wherein “We’re in this place now where people are deleting their grandmothers off Facebook just because their grandmas have a different political opinion than they do.” For him, cancel culture makes no room for errors which means stagnant improvement too.

For Corpsegrinder, anyone can cancel anything he/she can see everyday. He believes that there are people who can do that, but there are also people who choose not to do that. “Some people just want to find what someone posted and go off on it.” For him cancel culture is there and will never vanish, but there’s obviously real issues in this world that we need to prioritize. “I think the best would be to stop pointing fingers at each other in anger and talk to each other,” he added.

John Dolmayan (System of a Down)

For John Dolmayan, what is happening right now with this cancel-culture is really destructive, and it always backfires on the people that are instituting it. As a conservative, he tries to balance things out to avoid arguing with people with different beliefs or opinion as him. “I change my opinion on things based on information. So if I get new information, I re-evaluate, I look at things, and I make a decision based on that,” Dolmayan acknowledged during an interview.