George Harrison Has A Different Opinion About Hippies 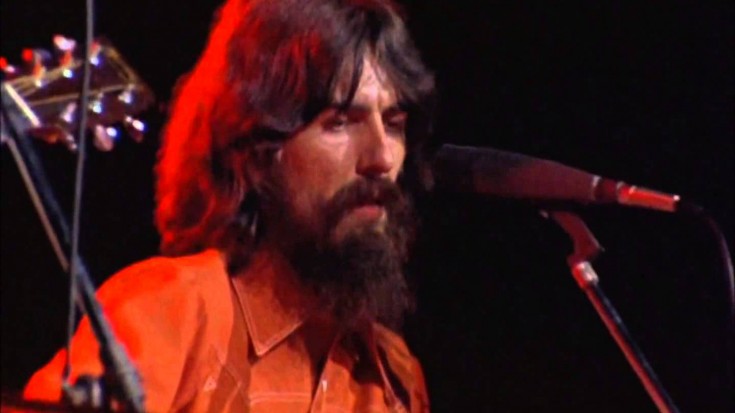 George Harrison has a different opinion about hippies. The late Beatles icon revealed in one of his interviews that he had taken an LSD. Wanting to see what the hallucinogen had done for the people, he traveled to Haight-Ashbury in 1967. The place is also known as the capital of love which is located in San Francisco, California. Harrison expected to see some God-conscious or at least charming artistic hippies, but then he found the opposite.

Initially, LSD played a huge part in Harrison’s spiritual awakening as mentioned in “Here Comes The Sun: The Spiritual And Musical Journey Of George Harrison” book. So Harrison and his then-wife Pattie Boyd visited Haight-Ashbury to see for themselves the home of LSD consciousness.

Expecting to see the place filled with beautiful people in colorful costumes, dancing to psychedelic music and living the dream, Harrison dressed as what you can imagine when you hear the word “Hippie.” He wore a psychedelic pants, tassled moccasins, and heart-shaped sunglasses, expecting to be part of “something beautiful.”

In contrary to what Harrison expected to see, he was welcomed by garbage-littered streets and sidewalks. There are hippies laying sprawled on benches and sidewalks, panhandlers, and dropout kids on drugs, begging for coins in the name of love and peace.

Harrison also mentioned that he didn’t like the hippies who always sat around high expecting things and called them as “hypocrites.” He explained:

“I don’t mind anybody dropping out of anything, but it’s the imposition on somebody else I don’t like. The moment you start dropping out and then begging off somebody else to help you then it’s no good. I’ve just realized through a lot of things that it doesn’t matter what you are as long as you work.”

After visiting the Haight-Ashbury, Harrison concluded that:

“In this physical world we live in, there’s always duality—good and bad, black and white, yes and no… There’s always something equal and opposite to everything and this is why you can’t say LSD is good or it’s bad, because it’s good AND it’s bad. It’s both of them and it’s neither of them all together. People don’t consider that.”

Although he had a not-so-good experience in visiting the place, Harrison did not deny the fact that he also met some friendly hippies and like-minded people there.