Listen To KISS’ ‘Hotter Than Hell’ Classic Live In 1977 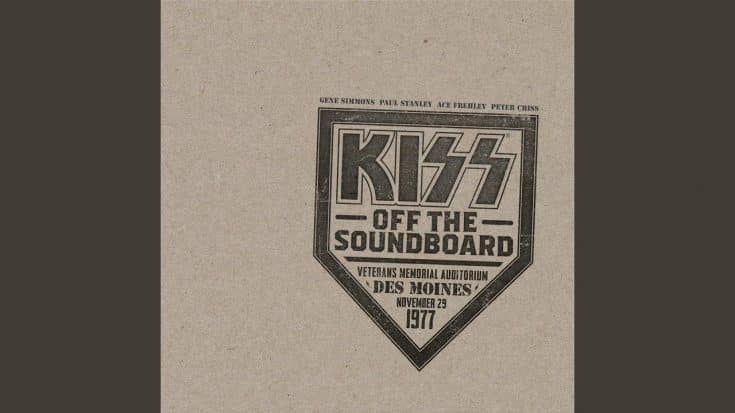 KISS, the American rock band known for their shocking live performances, is now streaming live audio of their 1974 Hotter Than Hell classic, “Let Me Go, Rock ‘N Roll,” as the first preview to Off The Soundboard: Live In Des Moines 1977.

Characterized by members with paints on their faces and wearing stage outfits, the group rose to prominence in the mid–1970s. Through the years, the band successfully weathered lineup changes and creative lulls to cement its place as one of rock’s enduring acts. They were able to reach the top through eye-catching personas and performances.

Meanwhile, Kiss resumed their End of the Road farewell tour on June 1 in Dortmund, Germany and will run through July 21 before going back on the road in early October. They also recently announced that they are planning to add “100 cities” to the shows. In a recent interview with Chaoszine, Gene Simmons jokingly explained:

“We don’t know. We’ve never retired before. This is our first time. It’s like painting a painting or writing a book. When somebody says, ‘When is it gonna be finished?’ You’re in the middle of it; you don’t know.

“The crew is happy. Everybody’s happy. So we’ve decided to add another 100 cities before we stop. I don’t know how long that’s gonna take.”

You can stream the song below.