This Weird Kurt Cobain Memorabilia Is Up For Auction 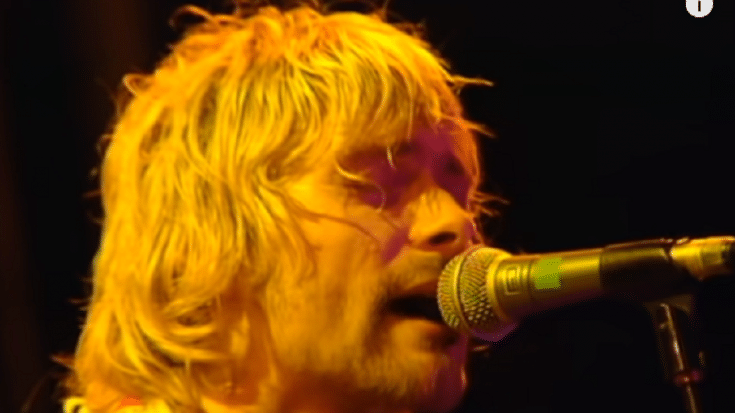 In the past, there have been several unusual things that were up for auction – Elvis Presley’s dirty underwear which he wore in 1977, John Lennon’s tooth, and Michael Jackson’s burnt hair during the infamous Pepsi incident. And now someone is trying to sell an item used by Kurt Cobain and let’s just say, we’re find it kind of creepy.

A fan consigned the hospital gown worn by Kurt Cobain during their set at the Reading Festival in 1992. It’s estimated to fetch for $50,000 or more. Nirvana headlined the event and the gown was a part of Cobain’s stage antics. At the time, he wanted to make fun of the rumors circulating about his health. The performance was a bit dramatic because he sat in a wheelchair pushed by journalist Everett True and even pretended to pass out.

According to the fan, Courtney Love gave it during a Seattle vigil after Cobain’s tragic death.

“Late that evening, Courtney Love showed up accompanied by Kat Bjelland of Babes in Toyland with a bag of Kurt’s clothes. She was visibly grief-stricken and proceeded to pass the clothes out while asking trivia about Kurt’s life… She handed me his hospital gown from the legendary Reading Festival performance from 1992. She then cried on my shoulder for a while. I tried to say something reassuring about his love for her and she pushed me away, insisting that he only loved Frances… The entire incident was sad. And weird. And it blew my teenage mind.”

The item will be listed by Boston-based auction house RR Auctions. You can visit their website to bid.