This Ultra Rare Rolling Stones Tape Is Worth HOW Much? I Can’t Believe This! 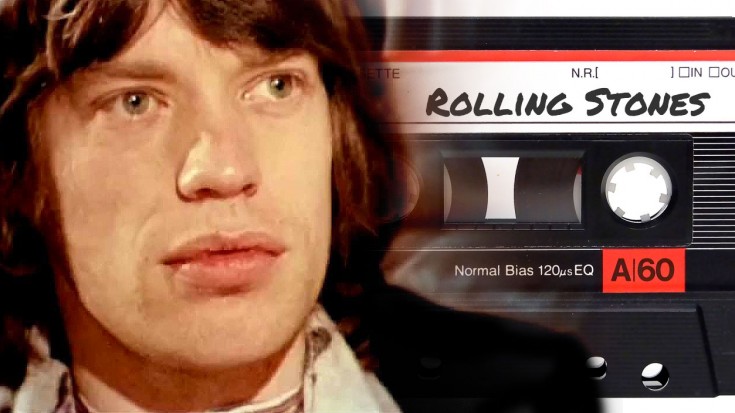 Your favorite band is about to get really, really expensive.

Last week it was reported that an ultra rare Rolling Stones track was discovered in a British man’s loft after 5 decades. The song, “No One Loves You More Than Me” was recorded during one of the band’s very first recording sessions in 1964 and along with demos for “As Tears Go By” and “Congratulations,” was found on a 17-minute, nine-song tape that was in a box marked for burning. Half a century later, the tape – thought to be a master copy – is up for auction, and you won’t believe what the price tag on it is.

Set to be auctioned off on April 3rd by Tracks, a Lancashire-based auction house, this ultra rare Rolling Stones tape and its 9 tracks are worth a whopping £6000 – that’s roughly $8523.00 USD, and that’s just the starting “guide price,” meaning the price can and likely will skyrocket from there.

The tape was very nearly lost to time until something in Keith Richards’ 2014 autobiography clicked for the owner of the loft, who then played “No One Loves You More Than Me” and realized that not only had he never heard this song on any Rolling Stones albums, the band had actually recorded this years before they were thrust into the spotlight, making this already rare find nearly priceless.

Wow – what a serious piece of rock and roll history! We can’t wait to see what the tape actually sells for – and the lucky fan who gets to claim a piece of history as their very own.