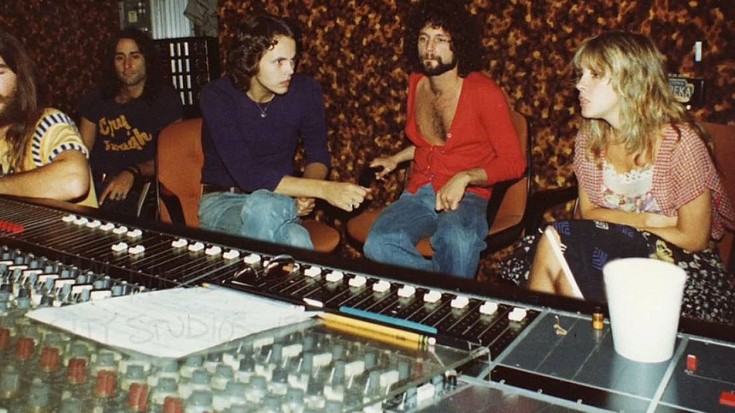 For a band that’s shared so much with us over the years – affairs, divorces, struggles with addiction and complicated love triangles – the one part that Fleetwood Mac has always managed to keep separate from their public persona is their time in the studio. An intensely personal time for the band as they call forth the emotions and inspiration needed to craft the music we love, Fleetwood Mac did the unthinkable following the release of Tusk and let the cameras into the studio to record a documentary that included never-before-seen footage of the band hard at work in the studio, including shots of the ever lovely Stevie Nicks in the booth laying down vocals.

Fun Fact: At the time of its release, Tusk was the most expensive rock album ever made – the final price tag came to well over $1 million dollars USD.

Despite the rumors abounding about the constant turmoil in the band, this clip gives Fleetwood Mac fans an intimate glimpse behind the scenes of one of the hardest working bands in rock and roll as they do what they do best: create.

There’s even a little something extra at 3:44 for you Fleetwood Mac die-hards that we’re sure you’ll love – see behind the scenes of your favorite band in the footage below!