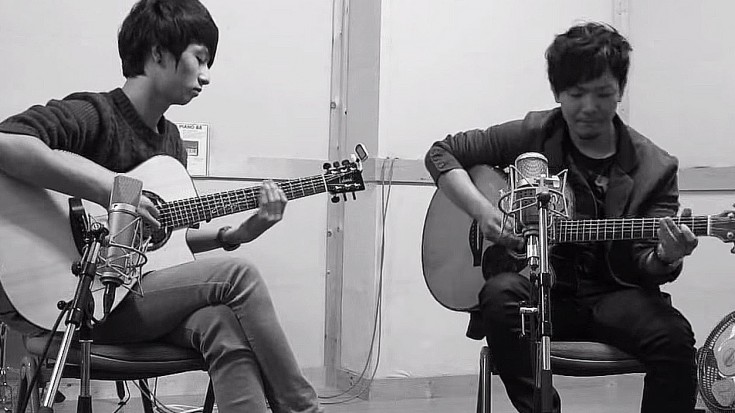 I don’t know what I love more: the fact that fingerstyle guitar virtuosos Sungha Jung and Akihiro Tanaka are having such a great time together, or the way that they effortlessly played their way through Eric Clapton’s ‘Change The World’! These two are absolutely outstanding together – there’s such a fantastic push-and-pull between the two, and a real chemistry that happens when they play together.

Despite being only 18, Sungha is one of the world’s most accomplished and critically acclaimed fingerstyle guitarists, gaining notoriety for his original arrangements of some of the most iconic songs ever written.

Jung creates acoustic covers and arrangements, typically by ear and/or by watching videos, and has original music, which he plays and places online.

One of Clapton’s most popular recordings, ‘Change the World’ is a favorite of Sungha’s and one that he learned entirely by ear and from watching videos of Eric playing. We’re no experts, but we’re sure that this is something Eric would be blown away by!