Steve Vai And His Band Perform Live, But Keep Your Eye On His Bass Player… 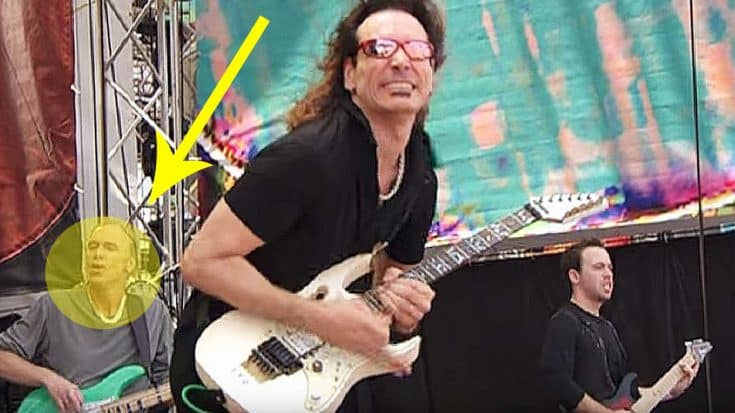 Didn’t See That One Coming!

For years now, Steve Vai has only recruited the absolute best musicians for his band. Whether it’s in the studio, or on the road, Steve Vai is always surrounded by the absolute best in the world. This was very much the case in when Steve and his band appeared at the Crossroads Guitar Festival in 2004.

Do me a favor, when watching this performance, keep your eye on bassist Billy Sheehan. During this performance, each musician is given the opportunity to take centerstage and show their skills. When Billy Sheehan does so, the crowd is in awe of what they’re seeing. As I said before, Steve Vai only recruits the best and this video proves it! Don’t believe me? See for yourself!