This Man’s Rendition Of John Lennon’s ‘Imagine’ Is PHENOMENAL 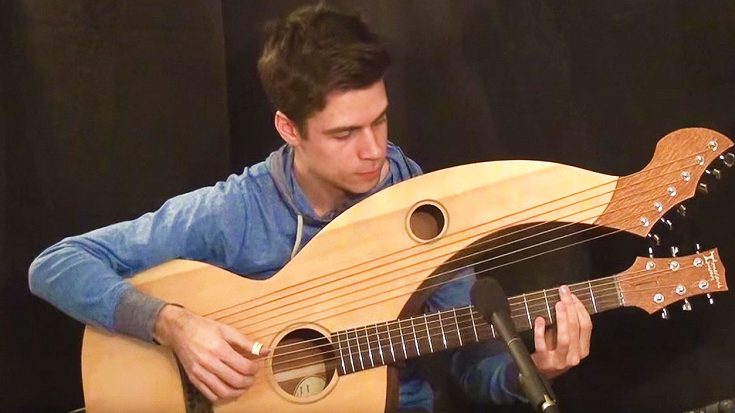 A mellow and relaxing rendition

John Lennon’s “Imagine” is a song about a world living in peace and harmony. YouTube guitarist James Dupuis has taken the slow piano track, and converted it to a beautiful rendition played on the harp guitar. The harp guitar is a double neck instrument, with the top neck being rounded with thick strings. Dupuis manages to play both necks of the guitar seamlessly, creating a mellow and relaxing sound. What’s amazing, is that he also plays what would be Lennon’s vocal part. Dupuis makes the song his own, by adding in a creative intro, and improvising a bit on the ending part as well. John Lennon would truly be proud!

Dupuis’ channel has a wide variety of covers on it. He covers everything from modern, to older artists, and even TV theme songs. In addition to the harp guitar, he also plays a standard acoustic, and ukulele. We have shared some of his work in the past, but be sure to check out his channel and explore his other videos as well! He’s a wonderful talent, that needs to be recognized.

Check out his rendition of John Lennon’s “Imagine” down below!