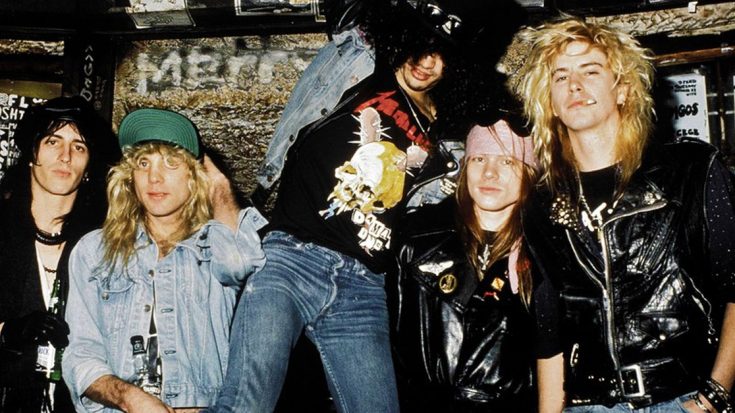 The past 6 or 7 months that Guns N’ Roses have been back on our radar have been full of surprises, and their Not In This Lifetime… tour has been no exception – but Friday’s stop on the tour was noticeably different, with the band’s social media set to reflect the sudden break in routine.

The Not In This Lifetime… tour saw the boys hit the Camping World Stadium in Orlando, Florida Friday night, just minutes from Pulse Nightclub and like so many other bands and artists to visit the grieving city in the days and weeks after 49 were killed in the June 12th shooting, Guns N’ Roses dedicated that night’s show to the memory of those loved and lost that Sunday morning with a stunning backdrop featuring the hashtag #WeAreOrlando and a rainbow heart.

The love for Orlando didn’t stop there, though; what really got to the hearts of fans and thawed the hearts of critics, however, was the social media tie-in Guns N’ Roses created – a minute long video, beginning with a #WeAreOrlando hashtag before giving way to a rainbow Guns N’ Roses logo and ending with 49 red roses blooming from the logo, one for each victim of the Pulse tragedy. The video went up early Saturday morning and was immediately posted across the band’s social media accounts, generating comments from fans who were awestruck and at a loss for words at the immense love and kindness shown to a city still very much in mourning.

Say what you want about Guns N’ Roses and Axl Rose, but the fact that the guys went to such great lengths to return the love and appreciation Orlando’s shown to them time and time again tells us that for the first time in a very, very long time, they’re a band that actually deserves the second chance they’ve been given.