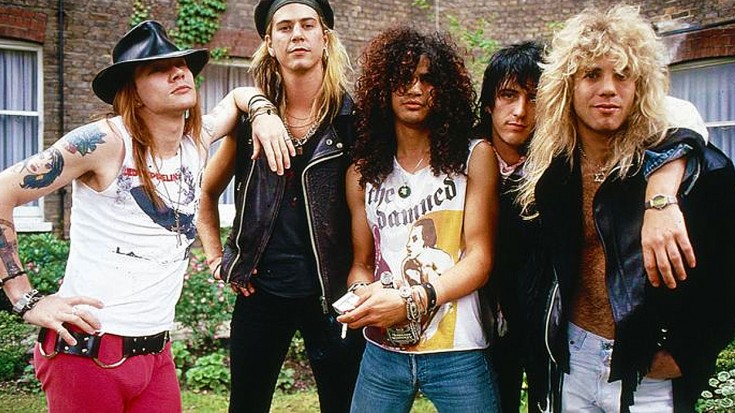 Guns N’ Roses are days away from embarking on their highly anticipated Not In This Lifetime Tour – but there’s one member you won’t be seeing take the stage alongside Axl, Slash, and Duff this summer and that’s guitarist Izzy Stradlin. After months of silence, Stradlin confirmed his lack of involvement in this summer’s Guns N’ Roses tour and as far as we know, anything Guns N’ Roses related for the foreseeable future; however, Izzy’s been up to some pretty cool stuff these past few months and now we’re finally in on the secret. This week, the former Guns N’ Roses guitarist released a 30 second snippet of his brand new song “Walk ‘N Song,” his first release since 2012’s iTunes single “Upside”; if this is what we can look forward to from Izzy in the coming months and years, then we’re very much okay with him not rejoining Guns N’ Roses any time soon!

A hard rocking tune featuring Stradlin on guitar and vocals, “Walk ‘N Song” features the talents of guitarist Rick Richards of Izzy Stradlin and the Ju Ju Hounds, drummer Patrick Taz Bentley of Reverend Horton Heat, and bassist-percussionist J.T. Longoria and was released via Twitter to an overwhelmingly positive response from fans. No word yet as to whether it’ll be part of an album or released as a standalone track, but in the meantime, you can check out the first 30 seconds of “Walk ‘N Song” here and let us know what you think of Izzy’s latest project!