Stevie Nicks Describes “The Talk” Between Her And Lindsey Buckingham – That Must’ve Been A Doosey! 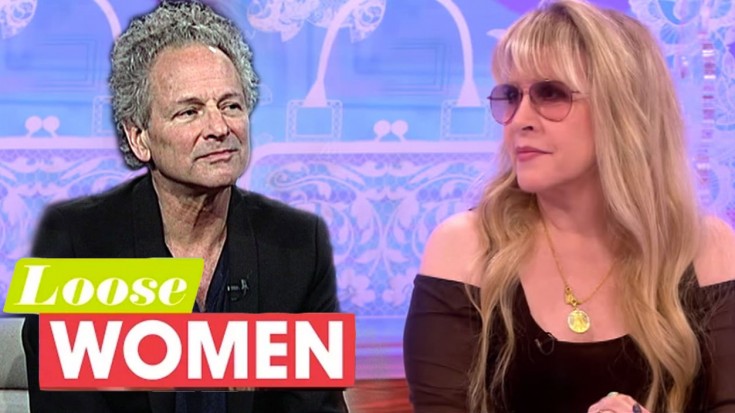 “I had a talk with Lindsey. I had an ‘everything I wanted to say to you for 35 years’ talk.”

In a interview on the talk show Loose Women, Stevie Nicks dishes about the process of mending the relationship between her and Lindsey Buckingham before Fleetwood Mac’s reunion in 2013.

Nicks says that in 2011, she sat down with Buckingham to hash out their disagreements of the past.

“I started from 1968…and I worked up from before we even moved from San Francisco to L.A….all the way up to about a year and a half ago.”

Stevie describes the talk in detail, but further explains that it has only helped their relationship.

“It’s much better now since the talk. Now we walk on stage and we’re holding hands…and we’re actually communicating with each other…it makes me feel like everything we do wasn’t for nothing.”

Watch the video below to hear about “the talk” between Stevie and Lindsey.