UPDATE: Tensions Are High As Expert Witness Takes The Stand In Day 3 Of Zeppelin Trial – I Can Hardly Watch! 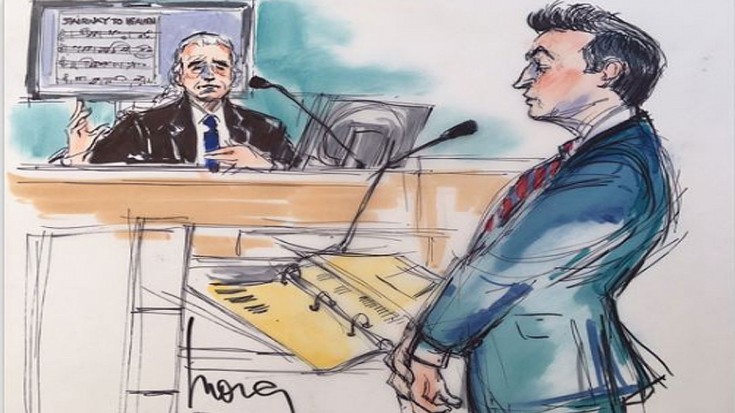 The Anticipation Is Killing Me…

In the third day of the Led Zeppelin plagiarism case on Thursday, Mary Poppins gets a shoutout, Judge Klausner throws shade at Skidmore’s attorney Malofiy, a mistrial is discussed further and the plaintiff calls a witness to the stand that levels the playing field.

In a continuation of Jimmy Page’s testimony, Malofiy played “Chim Chim Cher-ee” from the Disney film Mary Poppins to discuss the songs influence on Stairway to Heaven.

As Malofiy rambled on with questions and pauses in though, Judge Klausner reprimanded Malofiy and exclaimed that he was “wasting a lot of time.” This remark adds to the several instances that Klausner has expressed disapproval of Malofiy’s performance during the trial.

The chances the the case will be declared a mistrial have increased as Zeppelin’s attorney Anderson discusses the misuse of the video during opening statements.

In a turn of events, The Spirit/”Taurus” side of the case presented an expert witness, Dr. Alexander Stewart, a musicologist, professional saxophonist and music professor at the University of Vermont.

Day 3 in review which also covered musicologist reviewing both compositions via @RollingStone https://t.co/F4myyfxhst

This event marks the first moment of tension in the courtroom although no one can say yet which side has the advantage. The case continues…