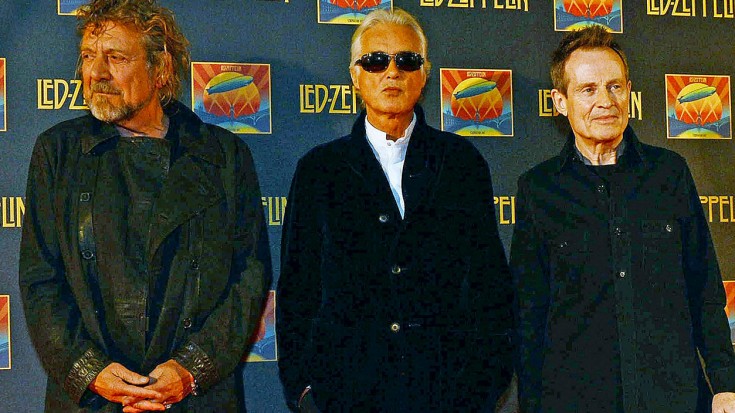 Led Zeppelin escaped the possibility of being branded thieves when they won the copyright infringement trial for “Stairway To Heaven,” but now that the dust is beginning to settle it’s time to hash out the financial cost of taking a band of their caliber to court. According to the band’s publishing company Warner/Chappell Music, they want a grand total of $613,471 in attorneys’ fees on the basis of “extensive and ongoing litigation misconduct” at the hands of attorney Francis Malofiy, who represented the estate of late Spirit guitarist Randy California.

“We are grateful for the jury’s conscientious service and pleased that it has ruled in our favor, putting to rest questions about the origins of ‘Stairway to Heaven’ and confirming what we have known for 45 years,” read Page and Plant’s statement.

“We appreciate our fans’ support and look forward to putting this legal matter behind us.”

Malofiy failed to prove beyond a shadow of a doubt that the music from Led Zeppelin’s 1971 epic “Stairway To Heaven” was plagiarized from Spirit’s 1968 song “Taurus,” resulting in a Los Angeles-based jury to be found unanimously in favor of Robert Plant and Jimmy Page. Already in hot water and sporting a 3 month suspension for disregarding “various rules of conduct” in an earlier case involving R&B star Usher, Francis Malofiy very likely isn’t happy about being hit with $613,471 in legal fees. How the financial part of the lawsuit against Led Zeppelin is definitely something to pay attention to – it’ll certainly influence future decisions to file suit against artists and the way issues like plagiarism are addressed.