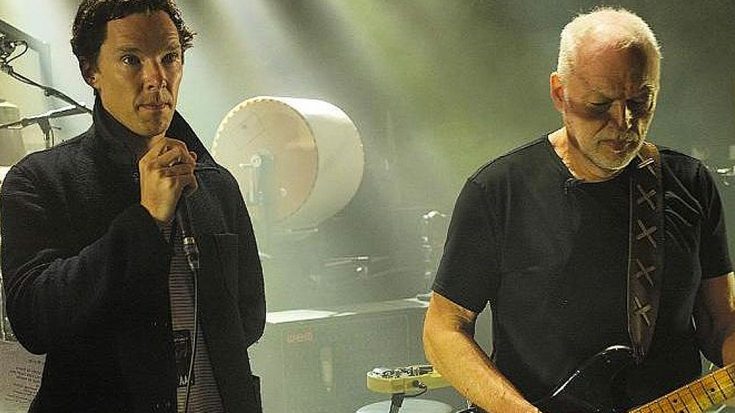 Roger Waters isn’t the only member of Pink Floyd making headlines this week; before he dazzled Mexico City with his first ever solo performances of “Fearless” and “One Of These Days,” his former bandmate David Gilmour dazzled audiences at London’s Royal Albert Hall with a performance of “Comfortably Numb” that included a guest appearance by Sherlock star Benedict Cumberbatch. Fans saw the Oscar nominee jump onstage with Gilmour during the third of a 5 night residency at Royal Albert Hall, performing the vocal part of “Comfortably Numb” traditionally sung by Roger Waters and joining Gilmour’s longtime tradition of bringing guest performers onstage to fill in for his former bandmate and to be quite honest…it wasn’t bad, not by a long shot.

Fun Fact: Gilmour has tapped several artists besides Cumberbatch to help him sing “Comfortably Numb,” most notably David Bowie, who became part of the Pink Floyd legend in 2006.

Cumberbatch, known for his roles in the BBC smash hit Sherlock as well as 2014’s box office hit The Imitation Game has also dabbled in the music world, recording “Can’t Keep It Inside” for the 2013 film August: Osage County and as far as guest appearances go, he did a pretty bang-up job sharing vocal duties with David. We don’t know if he’ll be tapped again to share the stage with Gilmour, but we do know that we certainly wouldn’t mind seeing him again! Be sure to give it a watch or two in the video below and as always, let us know what you think!