Ozzy And Sharon Are Back On, But Sharon Couldn’t Resist A Brutal Parting Shot At Her Husband’s Mistress 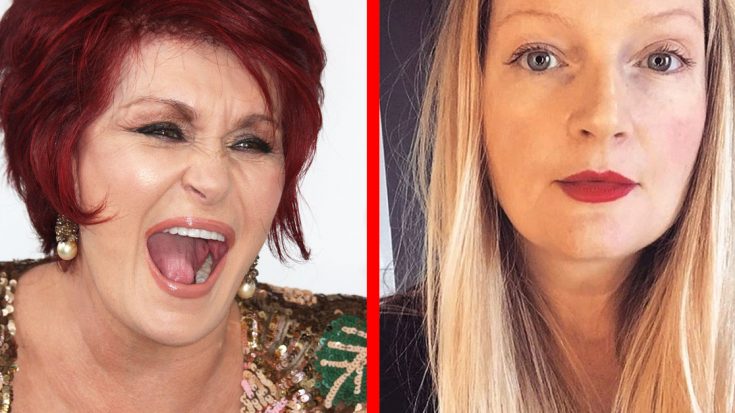 What’s That Saying About A Woman Scorned?

As if anyone were really surprised, Sharon and Ozzy Osbourne are back together after their 33 year long marriage was rocked by reports of Ozzy’s 5 year long affair with celebrity hairstylist Michelle Pugh and it looks like now that Ozzy’s in treatment for sex addiction, the Osbourne family can begin the process of healing and moving past this year’s struggles.

If you hear laughing, that’s me – come on, did you really think it would be that easy or that simple? Ozzy and Sharon may be back on, but Mrs. O made it very, very clear what she thinks of Michelle Pugh and during an appearance on Conan last week couldn’t resist one final parting shot at her husband’s mistress:

“We worked it out, after I got him glasses and said ‘MY GOD! You do need glasses – who would do THAT  with…THAT?!”

Ouch. There’s taking the high road, and then there’s taking the Sharon Osbourne route which admittedly is as funny as it is hilariously immature. No response from Michelle Pugh yet as to the cheap shot at her looks, but judging by her pending lawsuit against Ozzy and Sharon’s daughter Kelly stemming from that incident that saw the stylist’s phone number plastered all over social media earlier this year, she’s a little tied up at the moment.

Best of luck to Ozzy and Sharon…again!