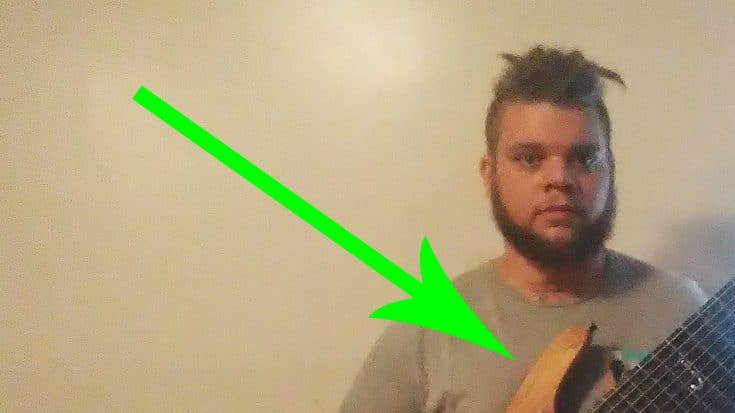 In case you didn’t know, there’s a sub-genre of metal called ‘djent’ that has become quite popular these past few years. To try and explain what djent is would require it’s own separate article, so I’ll try and some it up the best I can. Djent is essentially what happens when a guitarist goes out and gets the lowest gage strings for their guitar, tunes to drop z-flat, and only plays the lowest string. This can also be described as ‘thall’. “Yes sir! That riff was quite thall!”… I’m getting ahead of myself here.

The point is, since the coming of age in all things djent, there’s always been a competitiveness to see who could djent the lowest on their guitars. This often involves just adding another low string to the guitar. With that said. This guy here just won that little competition!

Made by Olson Guitarworks, what you’re seeing here is a 17-string that was specifically made for YouTuber Jared Dines. Word is that we’ll be seeing this beast of a guitar in a video or two very, very soon. Stay tuned!