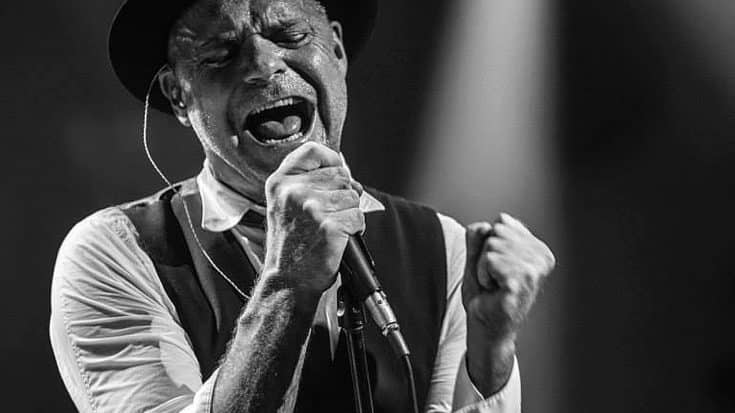 We knew the day was coming and yet still, it’s a shock to the system. Gord Downie, frontman for Canadian rock legends The Tragically Hip, died last night at the age of 53 after a lengthy battle with brain cancer, leaving behind a legacy that stretches back more than 30 years and includes 14 studio albums, two live albums, one EP, and 54 singles with 9 of The Tragically Hip’s albums reaching #1 on Canadian charts.

Born Gordon Edgar Downie in Kingston, Ontario on February 6th 1964, Downie’s terminal brain cancer diagnosis came last year and was formally announced by The Tragically Hip on May 24th. Rather than accepting his fate and resigning himself to spending his remaining days cloistered away from the rest of the world, Downie soldiered on – heading out on tour one last time with The Tragically Hip last summer for an unforgettable romp through the band’s native Canada in support of their 13th and final album with Downie, Man Machine Poem.

The final show on the Man Machine Poem tour was held at the Rogers K-Rock Centre in the band’s hometown of Kingston and featured 30 songs and three encore sets, and thanks to broadcast and live streaming of the concert, Downie’s final show with The Tragically Hip was seen by 11.7 million people – roughly one-third of the Canadian population.

News of Downie’s death was confirmed by his surviving Tragically Hip bandmates, who took to Facebook early this morning to issue a lengthy statement that doubled as a fitting eulogy for a man who made a point of celebrating every day he was gifted with. Shortly after news of his death hit the airwaves, fans swarmed social media with tributes, memories, and well wishes for Downie’s friends and loved ones.

Our hearts are with Gord Downie’s friends, bandmates, family and fans around the world during this difficult time. Rest in peace, Gord.