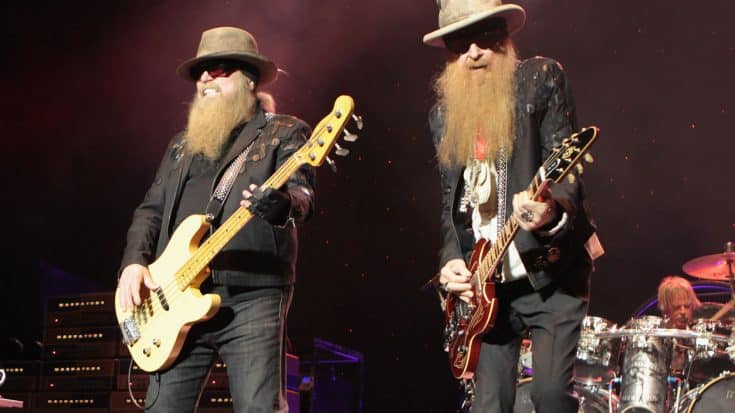 Texas rock icons ZZ Top have been forced to postpone all remaining 2017 Tonnage tour dates after a doctor advised bassist Dusty Hill to “lie low” for a while as he battles through an undisclosed “tummy ailment”.

The band took to social media this afternoon to break the news to their nearly 5 million fans, expressing disappointment at not being able to perform but are fiercely optimistic at a spirited return to the stage when 2018 rolls around; no further details regarding Hill’s condition have been made available but rescheduled dates will be announced when available. The Tonnage tour was slated to run through November 12th with an explosive final show in New Orleans but, undeterred as ever, ZZ Top shared plans for their return in the brief statement issued on Facebook:

“Upcoming scheduled dates on ZZ Top’s current tour are temporarily suspended and are arranged for immediate rescheduling. ZZ’s cornerstone bass guitarist, Mr. Dusty Hill, is addressing a tummy ailment and is following a directive to lay low for the next few weeks. Whew!

Fans took to social media immediately after, offering Dusty Hill well wishes for a safe, full recovery and a clean bill of health:

Hang in there Dusty!

Get well Dusty. See you in Oklahoma soon friend. pic.twitter.com/Ymp6w0sofn

As badly as we know you all wanted to see them, we’re sure Frank, Dusty, and Billy wanted to see each of you even more. Here’s hoping for a full, speedy recovery for Mr. Dusty Hill and an even quicker return back to where he belongs: the stage. Stay tuned to Society of Rock and to ZZ Top’s official Facebook page for more updates, rescheduled dates, and further announcements as they become available.