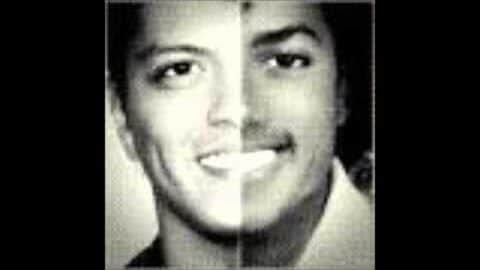 “I don’t care what genre you do, you should always aspire to be like Michael Jackson”- Bruno Mars

Bruno Mars has been releasing hit after funky hit in his young career. With his shiny bright suits and fedora hat, his smooth sky-rocketing falsetto, and his undeniably dance-able songs, it’s no question he keeps on being compared with Michael Jackson. Some critics are even dubbing him as the next Michael Jackson of this era.

There are even rumors saying that Mars mights be Michael Jackson’s secret son. Of course, there is no dethroning the King of Pop himself, that even Bruno Mars worships the late icon. In his massive hit, ‘Uptown Funk’, a collaboration he did for Mark Ronson, it’s obvious that Bruno Mars channeled Michael Jackson’s style and turned it into a modern jukebox funk song that has broken into the mainstream.

YouTube user Steve Cohen did an excellent mash-up of Bruno Mars’ “Uptown Funk” and Michael Jackson’s “Wanna Be Starting Something” and it pretty much proves where Bruno Mars drew his inspiration for the song from, The mash-up highlights flawless smooth transitions between the two songs, though almost a couple of decades apart, sounds like it’s only one single track.

Check it out below: