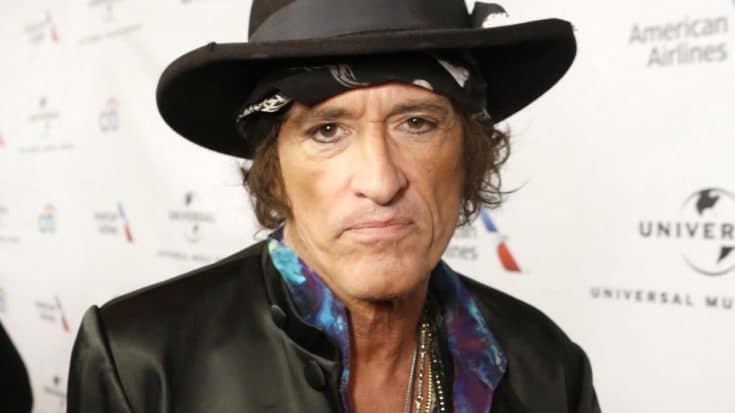 Push, pull, push, pull – that seems to be the name of the game these days for Aerosmith fans as Steven Tyler and company can’t seem to make up their minds as to whether they’re leaving us or staying. Despite plans to embark on their highly anticipated farewell tour, guitarist Joe Perry calls shenanigans on the idea of Aerosmith hanging it up for good, bringing much needed hope to fans scrambling to find a way to see their favorite band just one last time.

It’s not because the band can’t agree on when to call it quits – it’s that no one is ready to call it quits! Every time they attempt to sit down and discuss the final show and taking that final bow together, no one in Aerosmith is able to wrap their head around the idea of walking offstage and saying goodbye after 45 years:

“It sounded like a good idea when we were just sitting around, but when we started doing interviews, actually having to verbalize it, if you’re saying farewell tour, that means you have to have a last gig — at least theoretically,” mused Joe.

We couldn’t wrap our minds around actually saying this is gonna be our last gig. We’ve been doing it for too long and none of us could picture that. We tried and couldn’t do it.”

At this point, it’s clear that Aerosmith have no plans of slowing down anytime soon. With their American tour dates canceled early this week in exchange for the brand new Aerosmith album on the horizon, life’s about to get even busier for the bad boys of Boston – and after 45 years, we wouldn’t have it any other way.