This 9-Year-Old Boy Plays The Drums Like A Pro! 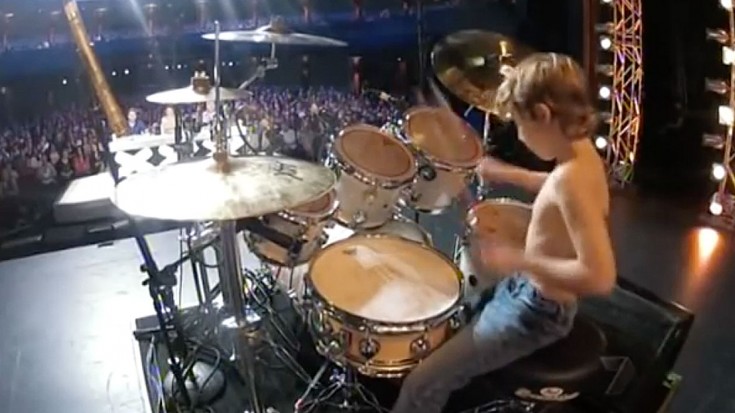 Australia’s Got Talent has been known to locate incredible talent in the area, but you have never seen any contestant quite like this!

At just 9 years old, Jagger Alexander wows the crowd and judges with a kick ass drum solo from The Who’s “We Won’t Get Fooled Again.”

Before he proceeds to remove his shirt, he shows and tells the judges where his heart lies when they question why he played in a pop band just the night before on stage.

“The other day I was playing pop and I’m playing my real style… Rock!”

You will not believe your eyes when you see Jagger rock these mini drums and you will be his next biggest fan!