Guitar Players Are Better Off Than The Rest Of Us, And The Reasons Will Surprise You 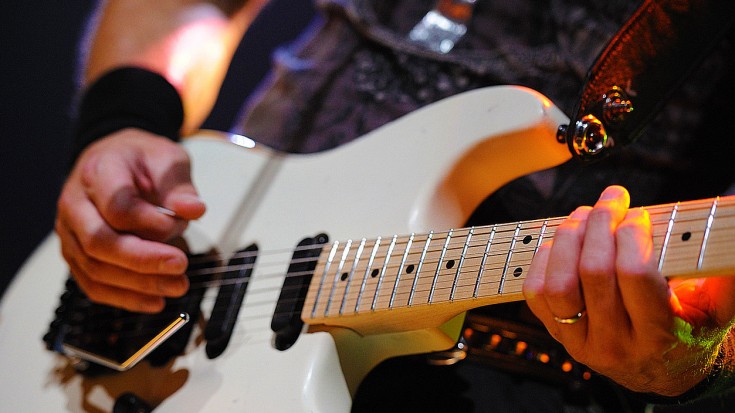 10 Reasons Why Playing The Guitar Is Good For You

We knew there had to be a secret behind why Keith Richards appears to be immortal, despite the decades of rocking and rolling he’s put his body through – we just never thought it would be this simple, or this cool!

Whether you’re Jimi Hendrix or slugging it out in guitar lessons, science has proven that playing the guitar is good for your mind and body; from chronic pain relief to seducing that coffee shop cutie at open mic night, here are 10 ways that playing guitar could benefit you in the long run:

1. Immense Pleasure: Yep, you read that right. Playing guitar triggers the release of dopamine into your brain – the same chemical released during sex.

2. Feeling stressed? Pick up that Fender! On a study conducted on 3 guitarists, it was proven that playing the guitar reverses your body’s response to stress and pressure at a cellular level. You don’t need a vacation; just run through that ‘Eruption’ solo once or twice and you’re good to go!

3. Chronic Pain Relief: According to a study from the University of Utah’s Pain Research Center, playing music takes your mind off of pain and therefore relieves it.

5. Problem Solving, 101: Science has shown that playing the guitar allows musicians to solve problems more creatively, opting for solutions more “outside of the box”.

6. Increase Brainpower: Performers visualize music in terms of shape, and they process information that way as a form of practice.

7. Heart Health: 100 minutes per day of shredding results in a significant drop in blood pressure, and a lower heart rate as an added bonus. Score!

9. Money, Money, Money: Musicians who played from an early age have a better chance of launching successful business endeavors, increasing their potential to one day hit it rich.

10. Express Yourself! Playing the guitar is a great outlet when you’re feeling some heavy emotions that need to be expressed, and has been shown to benefit children with autism and depression, among other disorders.

There you have it! Of course, it doesn’t have to be the guitar – any instrument will do, as long as you’re able to leave something negative behind when you pick up your instrument of choice.