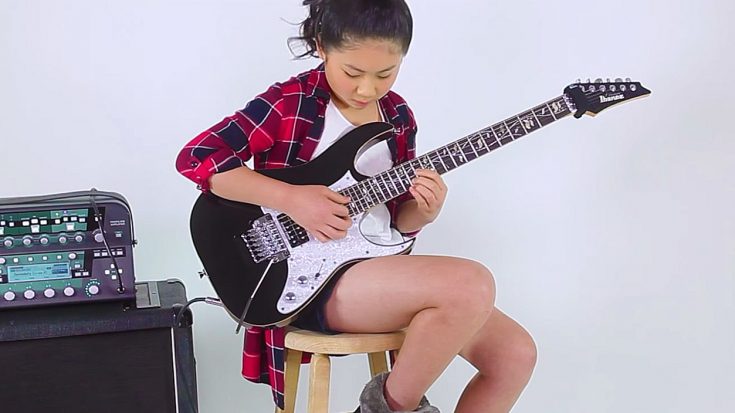 At 12 years old, Japan’s Li-sa-X is on her way to the rock and roll stardom she’s always dreamed of as she gears up for the release of her debut EP, Serendipity. We’ve featured her before; Li-sa began her journey to rock stardom four years ago at the age of 8 when a cover of Polyphia’s “Aviator” surfaced and caught the attention of the Texas prog rockers, opening doors that led to Racer-X guitarist Paul Gilbert being so blown away by this young lady that he gave her a full scholarship to his online guitar school, further setting her up for success.

Now 12 years old, Li-sa-X has been busy – the tiny rocker has just finished work on her debut EP and in honor of her birthday, she released a snippet of her new song “Serendipity” in over 119 countries and guys, it absolutely rocks. We knew she had some seriously fast hands, but hearing Li-sa serve up her own brand new material has us convinced that we’re looking at the next generation’s new guitar hero and we couldn’t be more excited. Give this talented young lady a listen – “Serendipity” is just a brief taste of what Li-sa-X is capable of and if you weren’t a fan before, you will be by the time you’re through!