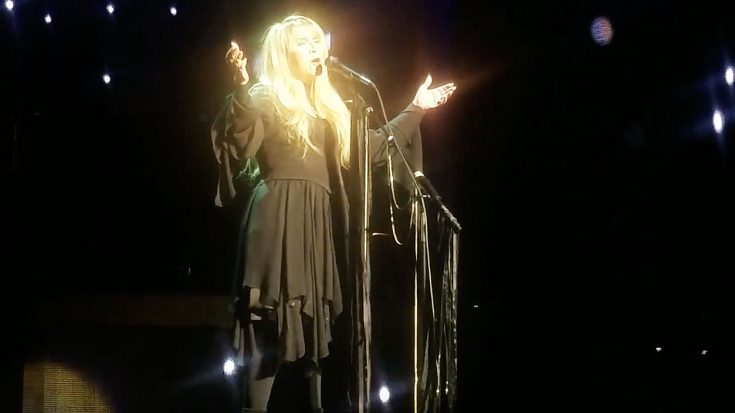 In 1975, the iconic song by Fleetwood Mac called “Landslide” was recorded. The song is now 43 years old, but it still young in the hearts of us fans. The song is the definition of simplistic beauty. Just a guitar, voice, and keyboard are all it takes to perform this song, but even to this day it still reigns as one of the most timeless and iconic ballads ever.

It’s one thing to have a song that is timeless, but it’s another thing to be the person who wrote and be able to sing it even 43 years after its birth. Now, it comes, as no surprise that Stevie Nicks is able to belt out all of her songs like she used to, but to see a music legend sing her classic song in such a robust fashion is rare these days. This is one of those rare moments.

What you’re about to watch is a video in which Stevie Nicks takes the stage in Las Vegas, NV to perform the aforementioned iconic hit “Landslide”. There really aren’t any words to describe how beautiful this one performance is. To put it simply, it’ll render you speechless. Don’t believe me? See for yourself.