Night Ranger “Don’t Let Up” On Their Brand New Single From Their Upcoming Album! 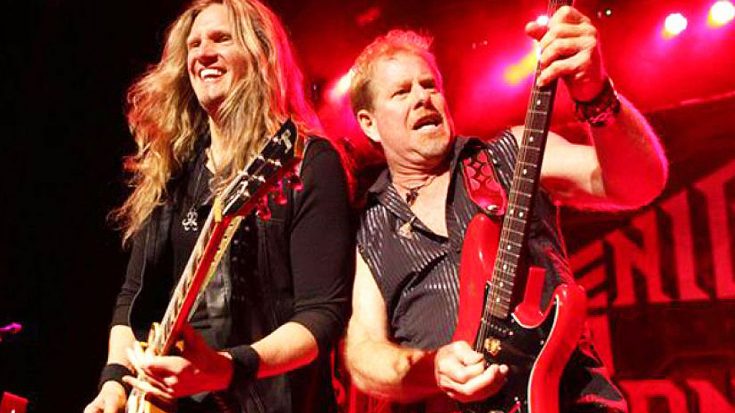 They didn’t let up, or hold anything back!

For the past 35 years, Night Ranger have been filling our ears with incredible music! Later this year, the 80’s rockers from San Francisco, California will be releasing their 12th studio album titled Don’t Let Up, and in anticipation of the release, the band has dropped the title track of the album!

Night Ranger gave us a sample of the new album by releasing the new single and title track “Don’t Let Up.” Earlier this year, the band released the first single off of the record, “Somehow Someway“ and surprised us with their driving rock sound! Well, this new single proves to be consistent with the previous, and we have yet another driving, classic anthem from Night Ranger. If the whole album collectively sounds like this, we’re in for a real treat! Guitarist Brian Gillis expressed his anticipation and opinion on the new song and album.

“I’m looking forward to the new Night Ranger studio effort ‘Don’t Let Up’ as it’s always a pleasure releasing new material to keep the bands creative flow. As typical for Night Ranger, we have all the elements that made us popular in the first place, including twin-lead-vocal tradeoffs with Jack and Kelly and dual guitar harmonies and solos with my new partner in crime, Keri Kelli. We’ve stacked the deck again with up tempo driving rock songs, mid tempo tunes and a few acoustic ballad tracks. We’re hoping this new album will be added to your existing Night Ranger catalog!!!”– Gillies said.

Check out the new single down below and let us know what you think! Don’t Let Up is set to release March 24th.