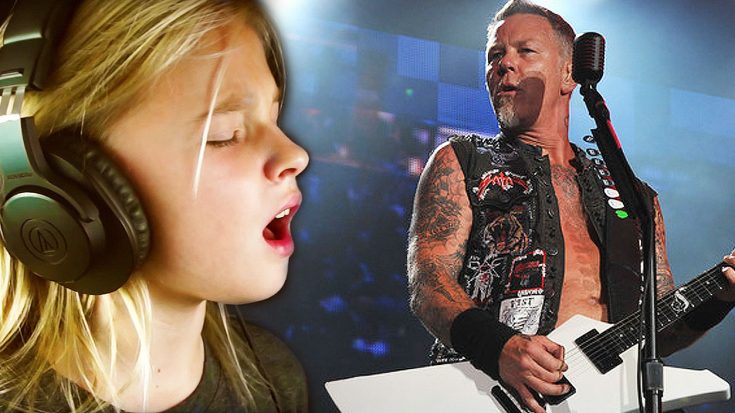 Metallica have always been known for being heavy metal pioneers. The band is responsible for bringing the genre to the mainstream, and popularizing it. You can ask almost anyone, and they will say they enjoy listening to Metallica. they’re definitely universally loved.

Metallica’s lyrics have always been dark and grim, which would make it odd for anyone other than James Hetfield, or a metal head to sing them. But we were wrongfully mistaken by this when we came across this young girl! 10-year old Jadyn Rylee took on the band’s legendary song “Nothing Else Matters” and absolutley crushed it! The young girl turned the song into a full piano ballad and showcased her wonderful, delicate voice over this heavy metal masterpiece. It’s certainly unlike anything you’ve ever heard before!

Fun Fact: Band members James Hetfield, Lars Ulrich, and Kirk Hammett wrote this. According to Hetfield, he wrote the song about a girlfriend he once had, but when he looks back at it, he can’t remember why he wrote it. Now, Metallica just considers it a song about their fans, because nothing else matters but their fans.

Check out Jadyn’s amazing cover down below, and let us know what you think!