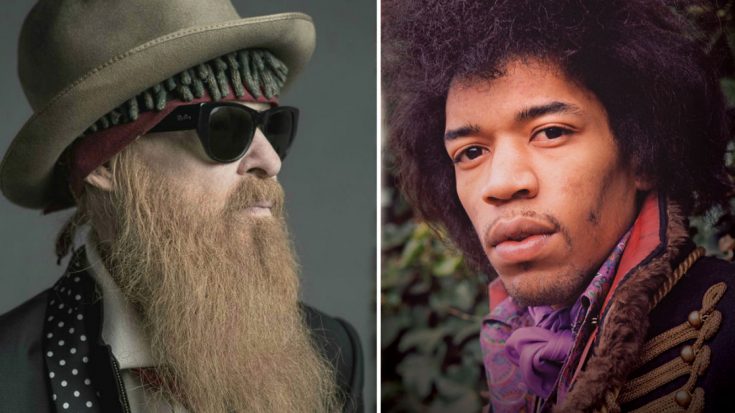 Jimi Hendrix has been gone for nearly 50 years – 46, to be exact – and to this day, his friend Billy F. Gibbons of Texas rock outfit ZZ Top still mourns the fact that for all of the many wonderful things we remember Jimi for, the late legend still doesn’t get enough credit for his technical innovation.

Known for heavily favoring Fender Stratocasters, Jimi revolutionized the way guitarists approached his guitar of choice with innovative use of the pickup toggle switch; Billy reveals that a pink Stratocaster gifted to him by Jimi in the late sixties marked the first time he’d ever seen a five-way toggle switch on a guitar and immediately, he knew he’d witnessed something great.

“He’s the one that discovered the in-between positions, and in order for that not to pop out of place, he showed me how to take off the back scratch plate and remove the spring within the toggle switch, so it would more or less stay in place!

I don’t think he was credited enough for that. There were lots of little things about him, and all very important to how we see the Stratocaster or even the instrument in general through his applied skills.”

It’s so easy to get lost in the magic and sheer genius of Jimi Hendrix’s playing that you forget that the very same genius that gave us “All Along the Watchtower” and that groundbreaking Woodstock performance of The Star Spangled Banner also extended to the technical side and in fact, went hand in hand with his fearlessness when it came to letting his guitar take him to heights unknown.

The next time you’re jamming with your buddies and you hit that five-way toggle switch to change up your sound, be sure to smile and thank Jimi!